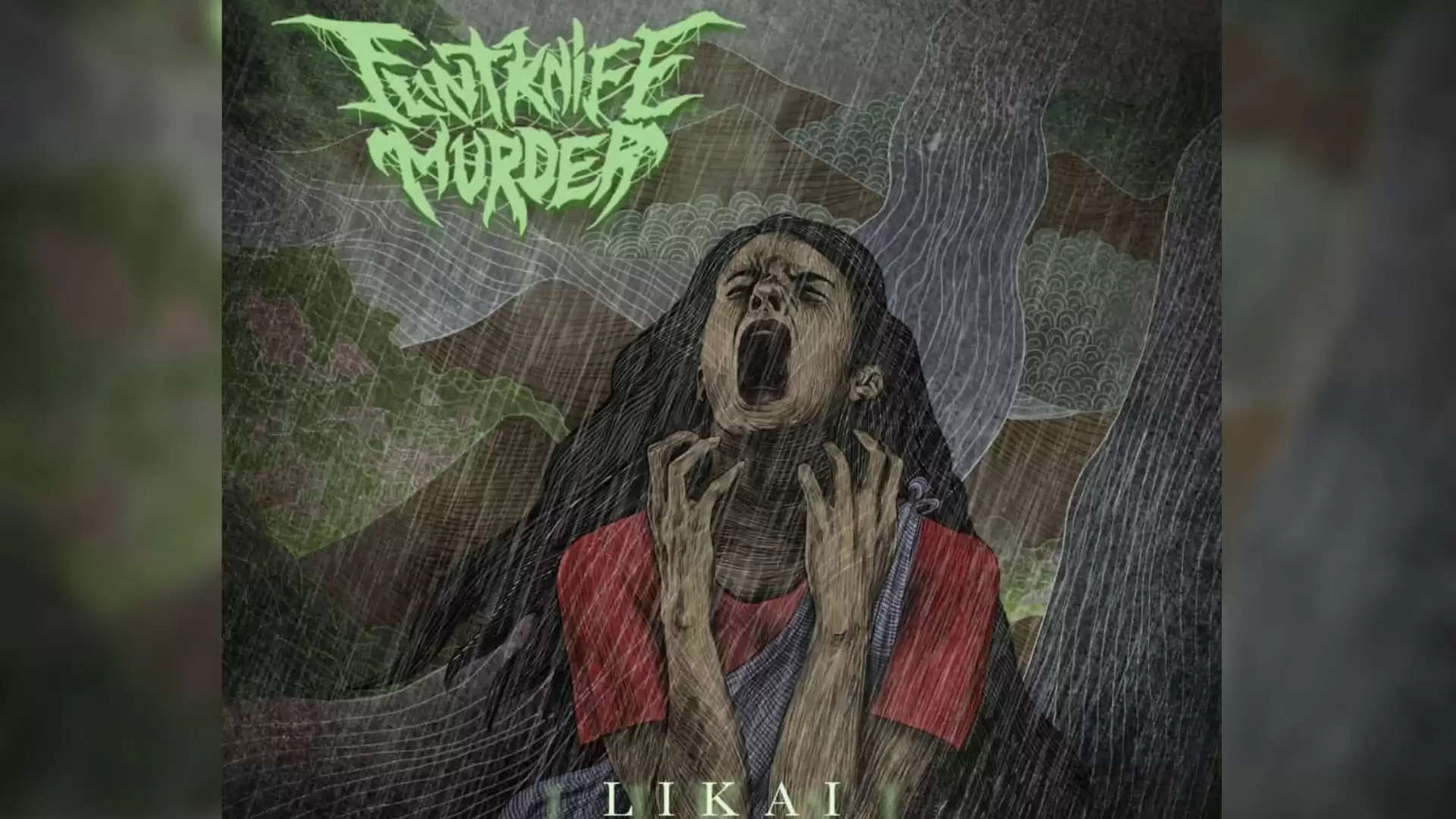 It’s a no-brainer that folk metal is slowly but surely making inroads into the palates of audiophiles in the region. But yet, you don’t often get to hear home-grown bands using local folktales as themes for their songs. And when the genre in point is death metal, well, no brownie points for guessing, it’s incredibly scarce.

But the scene in Shillong is changing and bringing about that shift, is Flint Knife Murder, a two-member death metal outfit, which is delving deep into folklore to churn out inspirations for their music.

Comprising of Siddharth Barua (guitar and vocals) and Saptarshi Das (bass and backing vocals), Flint Knife Murder is making all the right noises among its growing fanbase. 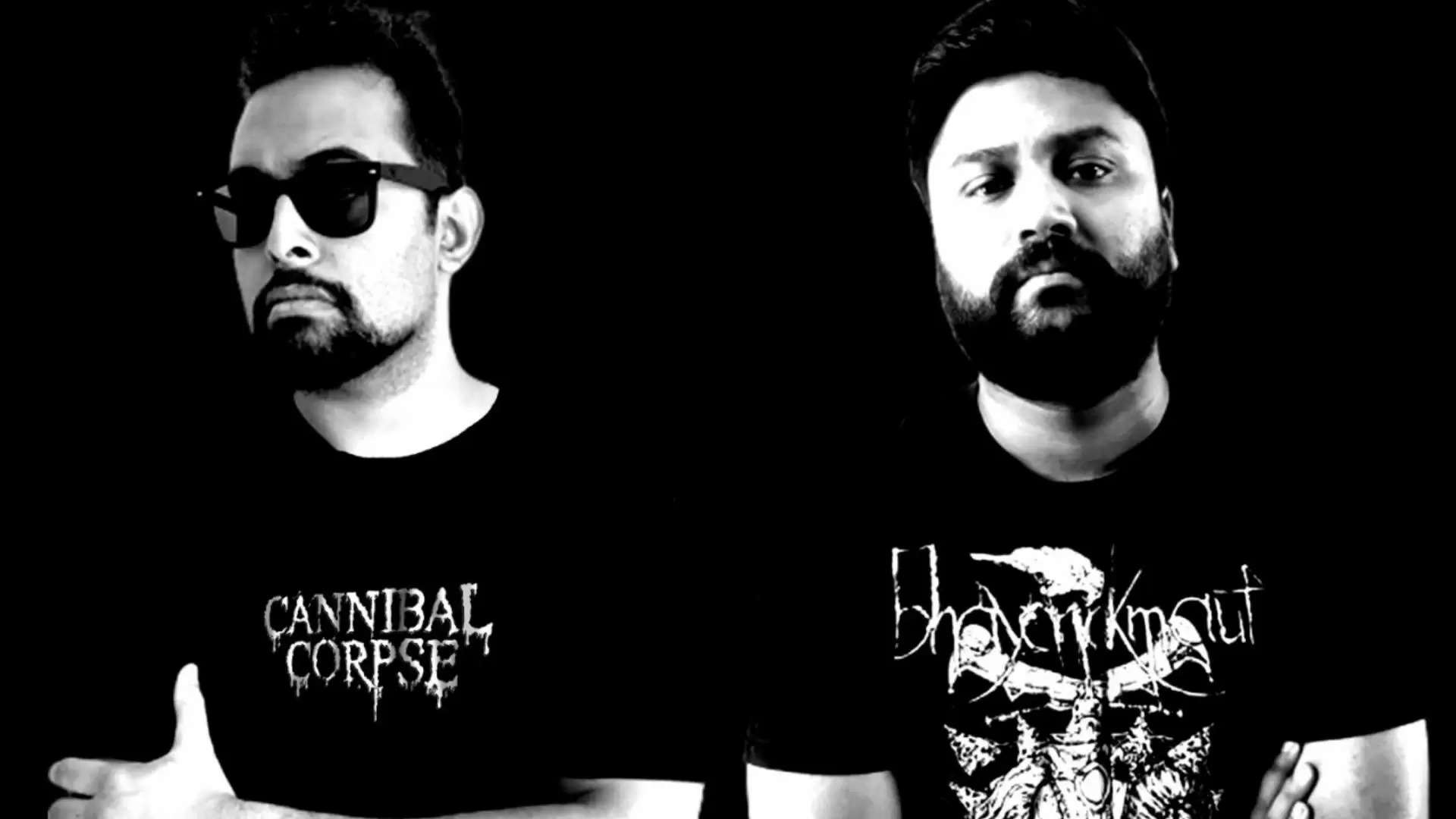 “There is no point dwelling in the themes and song structures of the big and influential bands. We needed something new both in terms of lyrics and songwriting," says Siddharth.

And the "new" for the band came from the legend of Ka Likai, a woman, who took the extreme step by jumping off a waterfall when she realised she was fed the meat of her beloved daughter by her second husband who was jealous and threatened by her love for the little girl.

Having lived in Shillong for years and being well-versed with Khasi folklore, the duo felt that the tragic tale needed to be woven into a song. "And what better genre to present this folktale, soaked in a flurry of emotions, than death metal," says  Tiara T Kharpuri, who shouldered the vocal duties in the prelude of Likai.

The USP of their music, says the band, lies in fusing different musical disciplines into songs. And, they chose traditional Indian percussion instruments as their go-to. The band feels that their small yet slowly growing listener base seems to enjoy the introduction of the folk elements in their music.

"This is not the first time we have used Indian instrument samples in our music. The first time, we used them in our second EP (Aadi Rakshas, March 2021 ). Till now, we have used tabla and dhol samples in our percussion department, and in the string section, tried the tanpura and sarod. Currently, we are working extensively on our new songs which will feature a lot of Indian instruments," says Siddharth.

"The main reason why we chose to incorporate Indian instruments in our music is that most of our themes are inspired by grotesque folktales. We seek to create a rural and rustic atmosphere in our songs and the immersive properties of Indian instruments complement that," says Saptarshi.

The band believes that the incorporation of Indian instruments has added a different dimension to their Indian death metal sound. "We strongly believe that our interpretation of death metal will convey the essence and feel of these stories better with the use of Indian classical instruments," says Siddharth.

Speaking about the misconception that admirers of heavy metal or any of its sub-genres have aggressive personality traits as they deal with themes such as gloom, gore, war, suffering, destruction, occult, et al, the band unanimously said, "Our answer is simple - you need darkness to be able to appreciate the light!"