Man ‘honours’ father by burying him in new BMW car 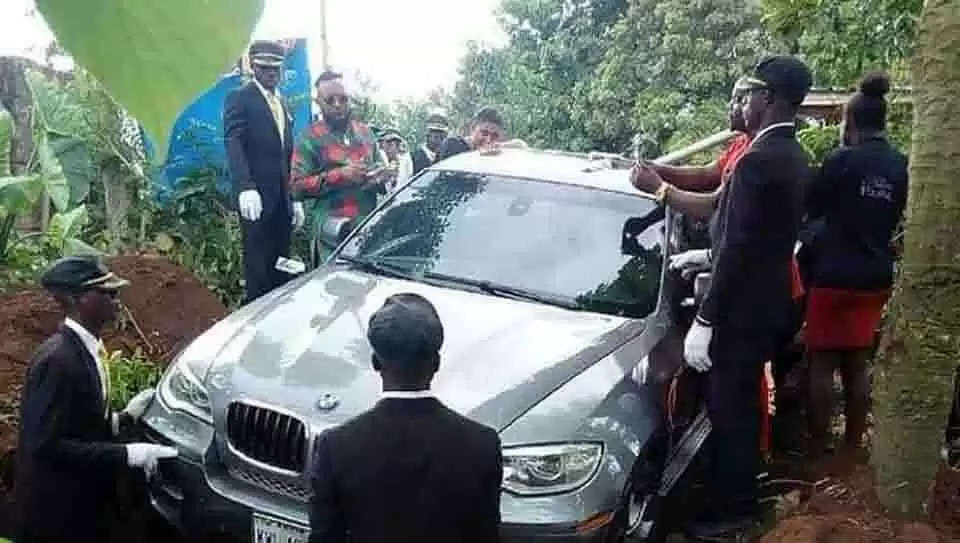 A Nigerian man has honoured his father by burying him in a brand new luxury BMW car that cost $66,000, reports have said.

The man, identified as Azubuike, decided to keep his promise to his father by burying him in "a luxurious car that would be used as a coffin," according to news and entertainment portal Naij.

The photograph shows the car being lowered into the ground for burial, surrounded by mourners in black suits, in Anambra state. It has been shared over 21,000 times on Facebook and garnered reactions ranging from shock to amusement.

"Insanity and selfishness regardless of that fact that is your cash," commented a user.

"Buy the car for your parent while he is still alive if you are moneyed and bury them with a decent coffin but this is just being foolish and showing off," said another user.

Earlier in June, the family of a Chinese man buried him inside his silver-grey sedan, which he owned for more than a decade.