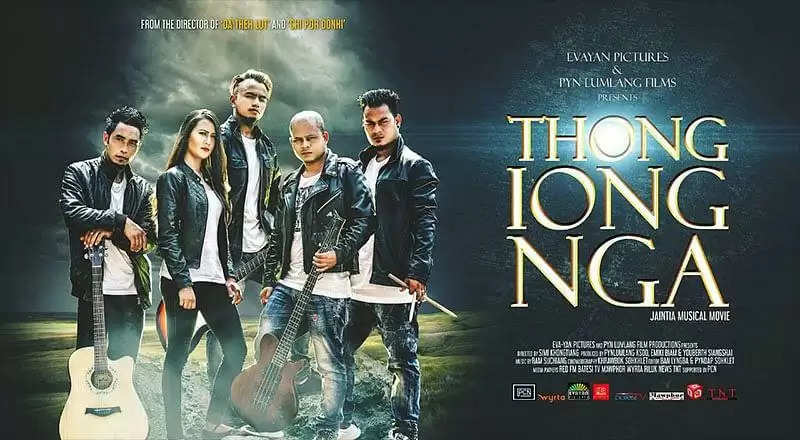 SHILLONG, Oct 9, 2017: The wait is over. The premiere screening of Simi Khongtiang's latest movie "Thong Iong Nga"  —  Meghalaya's first musical film will be held this week at Shillong Club in the capital city.

This movie produced by Pynlumlang Ksoo and directed by Simi Khongtiang, a renowned filmmaker from Jaintia Hills is the first musical film shot mostly in Jaintia and Khasi Hills of Meghalaya.

According to Khongtiang, this movie will be screened in local theatres likely by November. "This is a genre which is new to me. Earlier, most of my movies are romantic films shot mainly in Jaintia Hills but this is something different and I know it will cater to a whole new audience as it involves not only artists from the coal-rich region but also from Khasi Hills,"  she said.

Highlighting about the upcoming movie, Khongtiang said that this movie is about a dream less thought of, a path less taken and a journey worth treading. It is a story of a group of five youth who set out to fulfil their musical dreams.

Asked about the production cost of the movie, Khongtiang said over 16 lakh has been invested in the making of this movie and hoped that like her previous movies, this too will do well in the market.

Khongtiang is originally from Nohwet in East Khasi Hills and later moved to Khliehriat in Jaintia Hills.