Meet Brahmaputra Boys from Assam, one of the pioneers to explore the genre of ‘Folk Rock’ in Northeast India 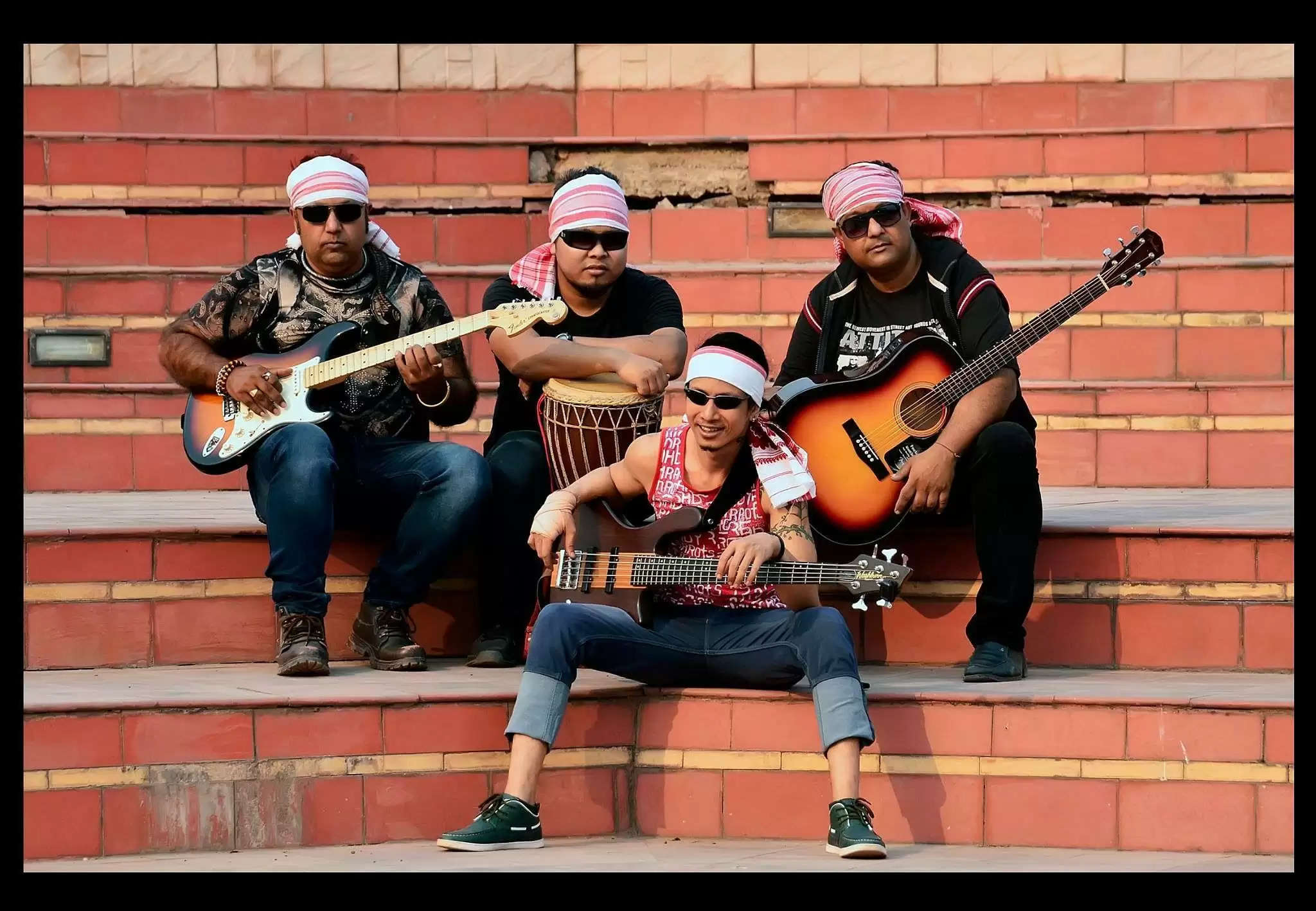 As the music scene of Northeast India is being taken to new heights by local artists from in and around the region, this band called Brahmaputra Boys from Assam is carving a unique niche for itself by exploring the periphery of 'Folk Rock' genre. This folk rock band from Guwahati, Assam comprises of Arunabh, Amitabh, Vikram and Mitul as the vocalist/rhythm guitarist, lead guitarist, bassist and the drummer respectively. Initially the band embarked in the music scenario of Northeast India as "The Great Generation" in the year 1992, but later in the year 2004, they renamed it to Brahmaputra Boys.  They are one of the pioneers who explored this genre in the state of Assam.

They started off by covering shows and programs in clubs and corporations across the Northeast Indian Region. As the band matured, and in their tryst to find their own tune, they gradually moved on to explore a genre called 'Folk Rock'. The band decided to rename them to suit the music genre chosen, and went on to call themselves "Brahmaputra Boys", in the year 2004. The band's single "Rang Gharat Rang Nai" received an award from the governor of Mijoram, His Excellency Mr A R Kohli, for the album "Rang Gharat Rang Nai " based on folk rock genre.

In an exclusive interview with TNT-The Northeast Today, Brahmaputra boys talk about their upcoming album 'Osinaki Path' which is scheduled for release by the end of March 2017.

TNT-How's it going in the 'Brahmaputra Boys' Camp?

Well, we are quite excited for our new album which going to be released in this month and busy on doing the final stages.

TNT- Tell us about your upcoming Album to be released this month . What can one expect from it?

The name of our album is "Osinaki Poth" the road not taken. We are preparing ourselves for this album for a long time. It contains 10 songs which are quite different with one another. I'm quite sure when people will listen to this album, they will definitely find different collars and taste out of these songs. We are trying to give a texture of folk to rock in this album. It contains environmental protection elements, Nostalgia, Assamese rock n' roll, Hip-hop, Middle East musical blend, Rock elements, Fusion etc. We strongly hope people will certainly like this album.

TNT- Who did the song writing? Our readers would love to know the track list?

We basically write our own lyrics, because we have to write ourselves what we want to say. Our songs are as follows:-

If you go through our song list, you will obviously find each song has different issues holding different messages.

TNT- Is there any specific message that BB would be disclosing through their Album?

Yes, already I've mentioned it before that, each song bears different messages which are very important for our society and our upcoming generation.

TNT-No doubt, the band consists of all the renowned musicians of the region. Besides that, have you collocated with any guest artist for this album?

Yes, apart from our band vocalist "Arunabh" we have included two new talented singers named Dhiraj and Murchana. They are extremely talented and sang pretty well.

TNT-What do you think of Northeast Rock Scenario? Does it verify the tag of 'Rising'?

In one word Northeast is obviously rising in terms of music for sure but our composers have the tendency to "Hit" the album in the market rather than doing good music. Music is a strong medium through which we can send good messages for the society. This should be our duty to send good messages through songs and entertain as well. It is noticed that, some vulgar and unpleasant compositions came out recently in the name of songs which are inappropriate and totally meaningless and those kind of stuff encourage other composers to compose vulgar and unappreciated lyrics.

TNT-Where have you recorded your E.P?

We recorded, mastered, and mixed at Sound Zone studio of Guwahati by music recorder Sumit Baruah who is also a musician and Rakesh Boro (Band Eclipse fame) and they obviously have done a good job. Finally I want to thank you for giving the opportunity to say few words about our upcoming album and we are seeking blessings and good wishes from the listeners and people of entire Northeastern region.