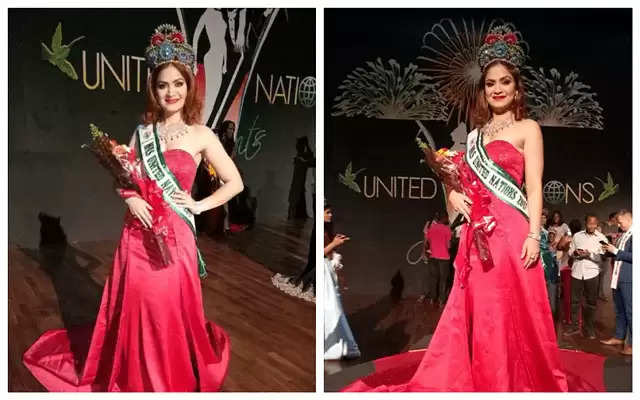 GUWAHATI, July 10, 2017: Assam has done it again. Just few months after beauty queen Rishita Baruah made the North East and India proud by winning the Mrs. World second runners-up and Mrs Congeniality in Seattle, USA, the glamorous limelight has yet again fallen upon another Assam-based Roshni Hassan who returned home from Jamaica with a Mrs United Nations 2017 crown.

The beauty queen's ability to connect with the people has earned her not just the crown but also the People's Choice Ambassador Award. Earlier she has won the Mrs India United Nations 2017 and was adjudged the 2nd runners up of the Mrs India Earth 2016.

Living up to the saying 'The strength of a woman', Roshni has is managing her job as a mother, a businesswoman, a writer, a social activist quite well.