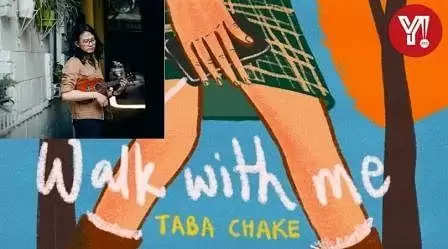 More than a week ago, Arunachal's Taba Chake released his new single 'Walk with me' on YouTube and only a day after he got right back to the studio which means he is writing new singles for his future releases, amongst which a single in the Arunachali language is still in works.

"I don't think I write a lot of love songs- most of my inspiration comes from Nature." he talks of his themes "but 'Walk with me' was special and stirred by an almost personal emotion I felt when I was taking the ride back home in a Metro one day. I got back home and wrote the song with a special friend.  It was almost conversational- the writing process. I was so inspired I completed writing and recording the song within the next day."