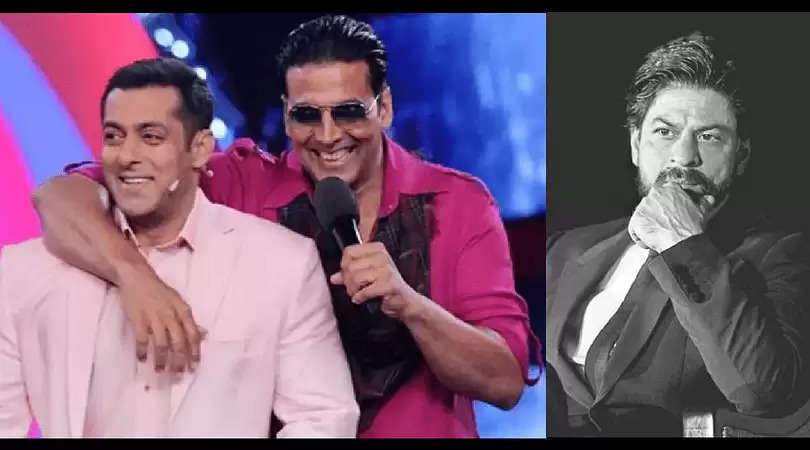 Akshay Kumar stood seventh with annual earning amounting to $40.5 million while Salman Khan ranked ninth taking home a sum of $38.5 million between June 1, 2017, and June 1, 2018. Actor Shah Rukh Khan, who stood eighth in 2017 and 2016, dropped off the Top 10 list this year while Aamir Khan, like last year, was not mentioned at all. Akshay Kumar, who rounded off the Top 10 last year, ascended to the seventh position thanks to films like Toilet: Ek Prem Katha and PadMan, in addition to the endorsements of some 20 odd brands.

Salman Khan owes the Forbes rank to hit films Tiger Zinda Hai (which earned over Rs. 300 crores globally) and Race 3. In addition, Salman Khan's endorsement deals and business ventures added a handsome sum to his fat paycheck. Salman Khan booked a spot on this list for the third time in a row now. In 2017, he pulled up from his 2016 ranking of #14 to the ninth position, which he retained this year.

Interestingly, actor George Clooney, who topped the list this year, owes his number #1 position to the deal with British liquor giant Diageo, which purchased the actor's tequila company Casamigos for whopping $1 billion. Dwayne Johnson retained his second position this year with $124 million in his pocket courtesy, Jumanji: Welcome to the Jungle and Rampage.

Meanwhile, actors of the Marvel Cinematic Universe dominated the Top 10 list. Robert Downey Jr, who is reportedly one of the most expensive actors in MCU, and his fellow Avenger Chris Hemsworth ranked third and fourth, respectively. As per Forbes, Robert Downey Jr, who plays the role of Tony Stark/Iron Man, doubled his paycheck this year. Their co-star Chris Evans (Steve Rogers aka Captain America) rounded off the list.