"It was great to be in the same room where Pink Floyd recorded Dark Side Of The Moon..." says Joi Barua

Singer-composer Joi Barua from Jorhat, Assam, recently brought accolades to the Northeast when he won the “Best Composer” award at the 9th Edition of the Chicago Indie Film Awards for his song, New World Order that saw him collaborate with the prestigious London Symphony Orchestra. 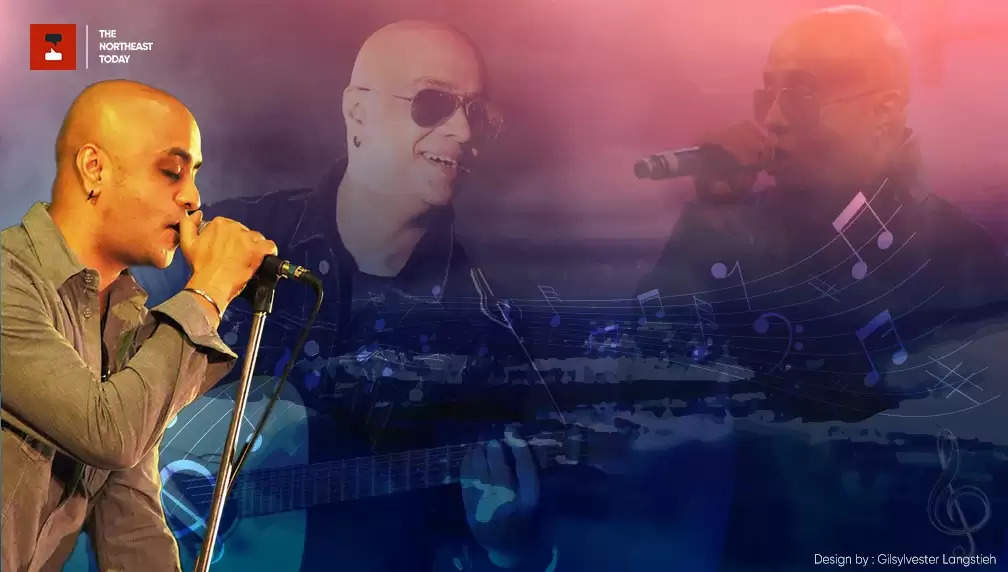 Singer-composer Joi Barua, whose music breathes new life into the art of music production, is making all the right noises; not just in the country, but also abroad. The musician from Jorhat, Assam, recently brought accolades to the Northeast when he won the “Best Composer” award at the 9th Edition of the Chicago Indie Film Awards for his song, New World Order that saw him collaborate with the prestigious London Symphony Orchestra.

What started with singing advertising jingles, Barua soon began playback singing for a number of film productions in different languages - Hindi, Assamese, Telugu, et al. In the early days of his career, he worked with renowned names such as Amit Trivedi, Ram Sampath, Shankar–Ehsaan–Loy, Pritam, and Amitabh Bhattacharya in films such as Munna Bhai M.B.B.S., Udaan, Dev.D, Udaan, and Zindagi Na Milegi Dobara, and so on. But today, the musician is looking inward for inspiration and is set to tread a path previously unexplored. So, what is he up to? In an interview with The Northeast Today (TNT), the singer-composer gives us an insight into, the now and upcoming...Read on.

First things first… Tell us about the whole experience at the Chicago Indie Film Awards?

Frankly speaking, I have never looked outside the experience of creating music. What matters most to me is dwelling in the moment, turning stories into melodies and melodies into music. I usually lose track of the awards I win. But for this award, I am very happy for the whole team - Dr Susan from Singapore, other amazing musicians from France, the London Symphony, the whole Abbey Road (the recording studio where we recorded the music) experience, and the very fact that I was in the same room where Pink Floyd made Dark Side of the Moon, and The Beatles, Abbey Road.

What is this “New World Order” you all have tried to bring in through the song?

The concept behind New World Order was to create artificial life. I am giving you the overall arc of what we tried to create through our music. See, we want to reduce human suffering, and I think that can be brought about with science, technology, 3D printing, and artificial intelligence. When the inanimate is given life through artificial intelligence, we create companionship for lonely people - that is the basic concept behind the composition.

We wanted a compressed rendition of compositions in a classical format, and that is how the London Symphony came about. The entire composition included 10–12 songs that were summarised, and a smaller synopsis was made that the London Symphony played for about 30–35 minutes. Various portions of this have been produced as smaller songs for different music festivals. Thankfully, it has been getting recognition. In short, the whole experience was amazing.

The pandemic has altered everybody’s life. Especially, the artists, musicians, and freelancers in creative fields are struggling to cope with the “new normal,” even as live events, workshops, and recordings are all put on a hold. How have you coped?

Post World War, I don't think humankind has experienced anything of this sort. But times like these bring out different hues of arts. Even though I am just a receptacle for the music within me, the nature of the receptacle itself has changed. It is great to see different behaviours - good, bad, deviant, and ugly – within ourselves. Only when things are put to test, you get to know their tenacity.

The industry is changing as well. Everything has come to a standstill, but slowly things are starting to change. OTT (Over-The-Top) platforms have given rise to a lot of content and the star-studded Bollywood industry, for once, is facing stiff challenges from it. Everybody has started adjusting according to the market. As an artiste, I think it's a great time to reflect, and make good music.

You have sung for a lot of Bollywood projects. But of late, you have isolated yourself from it. Is there any particular reason behind the decision?

Bollywood is not my cup of tea. When I was growing up, I did not know a single Hindi song apart from the ones that I had overheard or being “fed”. I came to the industry with a love for stalwarts such as Jayanta Hazarika, Bhupen Hazarika, Eric Clapton, and guitar-driven genres like deep blues, et al. I was never mystified by Bollywood. But, I must admit that Bollywood hosts many creative people. Unlike 2most cities, a singer can make a living in Bombay - he can sing for advertisements, jingles, movies… The industry is huge, and one can find so many avenues to work and learn. I always say that I have been very lucky, as I have made a life out of doing things I like.

You have maintained that you are not an activist. But, going by your social media posts, recent themes of collaborations with different artistes and of course, your stance on the Baghjan oil well fire and coal mining in Dehing Patkai National Park, you come as an environmentalist...

During the first lockdown, I initiated an online talk show where lawyers, environmentalists, people who filed public interest litigations (PILs) against environmental issues, and other artistes came and shared their views. My intention was that if people can come together to hear me sing, be it physically or virtually, they would do the same to address issues that matter. So, this whole conversation went on for six months, where we went online many times a week. The whole process made me realise how ignorant all of us were, including me, about our demography, topography, geography, and the gifts of nature. This made me extremely angry at myself. I thought why I have been silent on pertinent issues all this while. Assam is such a blessed land, and that birthed a whole conversation on awareness and my realisation of nature’s gifts. And, if that’s activism, maybe I am one.

Are there any upcoming projects we can expect?

I am looking at telling more stories about the indigenous people of Assam. I can't give away more details at the moment, but I would love to share the details when I can.