Tracing the tragedy- How the last king of Myanmar had to live a life of anonymity in an Indian village! 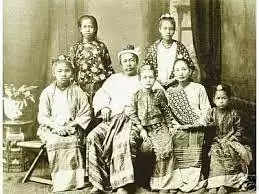 Royal families world over have stood out to have been at the core of inherent public fascination with intrinsic interest values. The emblematic value of the Royal Family represents profoundly on the history and heritage of the state in question. Even after democracy was chosen over monarchy, royal families today have emerged more vocal with purpose and outreach to the masses.

But such as not been the story of King Thibaw, the last ruler of Myanmar, whose journey is a compelling human interest story driven by compassion, deceit, despair and eventual loss of heritage, legacy, kingdom and power. This story provides an insight into, firstly, how an all-powerful family coped with forced isolation and separation from all that it had once known and cherished; and, secondly, how the exile continued to echo in the life of the family from multitude levels for decades.

It all had started after the King of Burma lost against the British in the third Anglo- Burmese War in 1885. It was in consequent to that he was stripped of almost everything that he had cherished and was pressed to a life of delusion and isolation in Ratnagiri, Maharashtra. This was the drastic and tragic end to the saga of glory and power to which the path had begun in 1878. King Thibaw then ruled the Kingdom of Ava (Upper Burma) from the resplendent, intrigue-infused Golden Palace in Mandalay and was accorded with the demi-god stature. But, he could only rule for seven years before he was permanently packed off the Burmese soil. The entire family including the King, his consort Queen Supayalat, their four daughters and the king's junior queen, Supayagalae were pushed to Ratnagiri for 30 years. Ratnagiri was still a small, insular, agricultural and fishing village at the edge of Maharashtra. The king unable to accommodate with his almost totally insulated surroundings then made a desperate request to the viceroy to be sent back to Burma or relocated in a more cosmopolitan center of India. But his request was never acknowledged. The family had been permitted to carry only some of their jewelry and for some years and were able to augment their government pension from the sale of these items.

The four princesses also lacked and were deprived of a basic childhood which had very early and disturbing impacts on them. The daughters soon got attracted to men who couldn't even give them social recognition or moral support. None of them had received the kind of exposure or education necessary to adequately equip them for life in the outside world. The eldest Princess fell in love with Gopal Sawant, a youth from Ratnagiri, employed as a gatekeeper in King Thibaw's residence. She bore him a daughter called Tu-tu, and later rejoined him there. As Sawant's resources were limited and he already had another wife and family, so the Princess and Tu-tu were installed in another house. Tu-tu's childhood and later life were strained with impoverishment and poverty. Observers and locals state that Tu-tu had two strains of genes: one of royal and the other of worker. The worker genes were apparent in the hard work she relentlessly put in every day; the royal genes were apparent in her regal bearing and her generosity. Tu-tu did not let a harsh and impoverished existence kill her innate generosity and kindness. She also had a deep corner and tremendous consideration for unwanted babies. But, in 1999, at the age of 93, Tutu and her family found themselves embroiled in a property dispute and were evicted from their land .This had basically come down to happen to the royal demeanour and regal bearing of the heirs of the last king of Myanmar.

In December 2012, not long after the country's first steps towards democratization, President Thein Sein travelled to Ratnagiri to visit King Thibaw's place of exile and tomb. He was the first Myanmar head of state to publicly accord to King Thibaw this kind of recognition and importance.

Myanmar's Vice-President U Myint Swe and Commander-in-Chief of Defence Services Senior General Min Aung Hlaing also marked their specific presence for the commemoration of King Thibaw's 100th death anniversary. It reflected a substantial shift from a time not so long ago when the royal family was considered as a possible threat by the military and which didnot allow any special attention towards them.

It seems that now, with changing times,  the people of Myanmar will be able to reclaim, know, discuss and honor their past —including that of the poignant life of their last King.