How Sheetal Lama Rai became the only woman driver from NE in London and her roots back home! 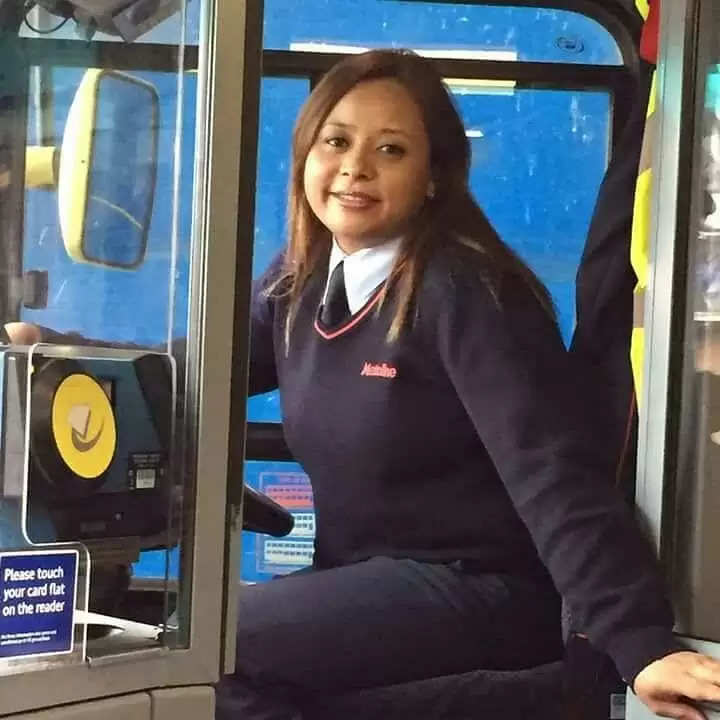 "Patience, Persistence and Perspiration make an unbeatable combination for success." This is the story of Sheetal Lama Rai of Dima Hasao. She is the only Red double decker bus driver female bus driver to represent the region.

Her journey started when she came to UK , " I was fascinated and  amazed by this iconic Red double decker buses as it is the most striking feature of London. The very same day I decided what i wanted to do- a bus driver, driving the big Red bus. A weird aim to have in a very male dominated industry, which i realized later. Luckily I was selected and after few weeks and many tests and training, I passed and got my bus license. I consider it as one of the happiest days of my life , the feeling of achieving what I had wanted was simply overwhelming. " " The best part of my job is the people I meet everyday. A big smile and a good customer service goes a long way, and I am one of those who believe in the principle".

But there are challenges to be a female bus driver even in London when you are working with 400 males and only 5 females on board. But things are easy as the colleagues are considerate and with the introduction of Smart Pay there are no more no arguments with cash handling on board. She adds that, " I would like to mention that the bus is under surveillance so are the streets of London , which creates a safer work environment and the police responds promptly to distress calls."

On a personal space, she says, " I love spending time in the gym and also love to learn new things in life through my iPad. " " I make a point to visit Assam at least twice a year to visit family and friends and also for my passion for eating all the varieties of ethnic food there especially in Mahur and Haflong in Dima Hasao district where I am also actively associated with an NGO called AROH ( A ray of Hope). it strives to uplift the conditions of underprivileged children, students and elderly destitute "

Her mom Sheila Lyngdoh who is originally from Shillong owns a school in Mahur. She plans to come back to her roots and get involved in social work full time and for now she also owns a school in Patacharkuchi. She located to London after marriage in 1996 and since then has been making an effort towards safe driving in London for which she has been awarded consecutively for seven years. She still feels that even after holding the highest qualification for driving like BTECs in UK, the conditions for safe driving in India isnot the same. She adds on a lighter note, " I cannot drive in Guwahati!"      She also feels that the younger generation needs to be trained in basic road signs to prevent future road mishaps.

– Compiled by Payal Bhattacharjee  with inputs from Aamir AZ Hazarika