5 Facts about the Indra Jatra Festival in Sikkim 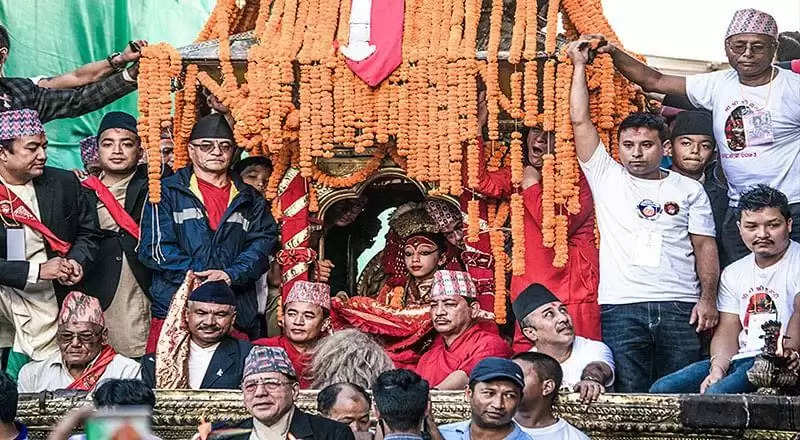 1. Indra Jatra is the prominent festival of the Newar community. It is also known as the 'Yenha Punhi' in Nepali Bhasa.

3. The celebrations consist of two events. Indra Jatra is marked by masked dances of deities and demons, displays of sacred images and tableaus in honor of the deity Indra, the king of heaven.

4. The other event is Kumari Jatra, the chariot procession of the living goddess Kumari.

5. Indra Jatra has been celebrated officially in Gangtok, the capital of the Indian state of Sikkim, since 2010. The day of the festival has also been declared a state holiday. The celebrations consist of Lakhe dance, Pulu Kisi dance, chariot procession of Kumari and a procession of girls dressed like various deities.