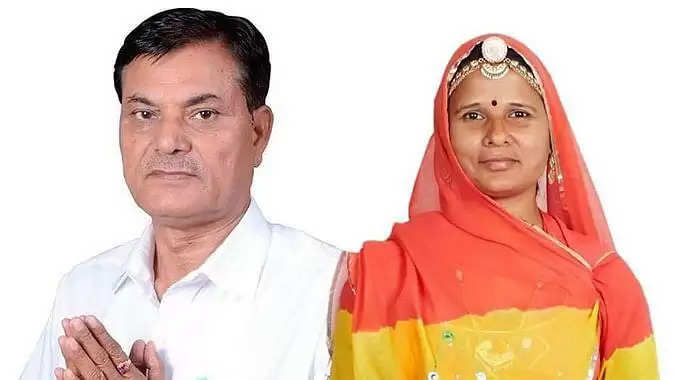 The Supreme Court Monday refused to grant anticipatory bail to two Rashtriya Loktantrik Party (RLP) MLAs of Rajasthan in a case of a violent protest during an anti-encroachment drive in which, a driver of an earth-moving machine was killed.

Both Merta City MLA Indra Bawari and Bhopalgarh MLA Pukhraj Garg have challenged the Rajasthan High Court order of September 28, for refusing anticipatory bail to them in the case and asked them to surrender before the trial court by October 12.

A bench of Justices R F Nariman, Navin Sinha and Krishna Murari granted protection from arrest to the two MLAs and asked them to file regular bail before the trial court.

It is said to be a case of non-interference. However, if a regular bail application is given, within a week from today, the court may decide and dispose of the same preferably on the same day. No coercive steps shall be taken against the petitioners for one week from today, it said.

During the hearing, the top court was informed by senior advocate Sidharth Dave, appearing for both the MLAs, that arrest warrants have been issued by the trial court, and therefore they need protection from arrest.

He said that most of the charges in the case are bailable offences.

The bench questioned Dave whether these two MLAs were among the instigators which led into the case. Dave said that there was an anti-encroachment drive where people were protesting.

The bench asked Dave to file regular bail in the case within a week but refused to grant anticipatory bail.

Dave replied that he will file regular bail in the case within a week.

In August last year, police had registered a case against the two MLAs and several others after a driver of an earth-moving machine, was killed during an anti-encroachment drive in Rajasthan's Nagaur district.

During the anti-encroachment drive in Tausar village of the district, one driver of an earth-moving machine had allegedly died after a mob pelted stones and attacked him.

Both the MLAs were booked along with others on charges of obstructing public servants in discharging their duty and damaging of public vehicles among other charges.