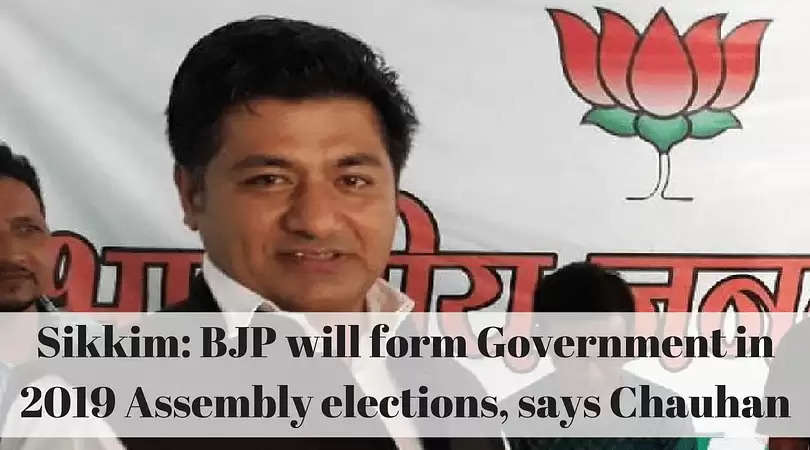 GANGTOK, May 19, 2018: BJP president of Sikkim, D.B. Chauhan on Friday asserted that the Central BJP leadership is serious on ousting the Sikkim Democratic Front (SDF) government in coming 2019 Assembly elections.

He was responding to a media query on how serious is the Central BJP leadership towards the 2019 poll taking place in Sikkim.

"We are ready for alliance if any political party comes up with a clean intention to serve the people of Sikkim. They should also show interest to the issues we have been taking up," he said.

The State BJP president was also asked about having an alliance with newly launched Hamro Sikkim Party which includes former Indian football captain Bhaichung Bhutia as a founding member.

"We want Bhaichung to work with us. He is a credible face and a national personality. There are talks taking place between Bhaichung Bhutia and Central BJP leaders. We are also meeting him. The equation between us and Bhaichung Bhutia will be clear by September-October on whether there will be alliance or not but we do not want to miss him," said the State BJP president.

When contacted, Hamro Sikkim Party sources maintained that 'nothing such as claimed by the State BJP president has happened'. Nor Central BJP leaders are in touch with Bhaichung, said the sources.