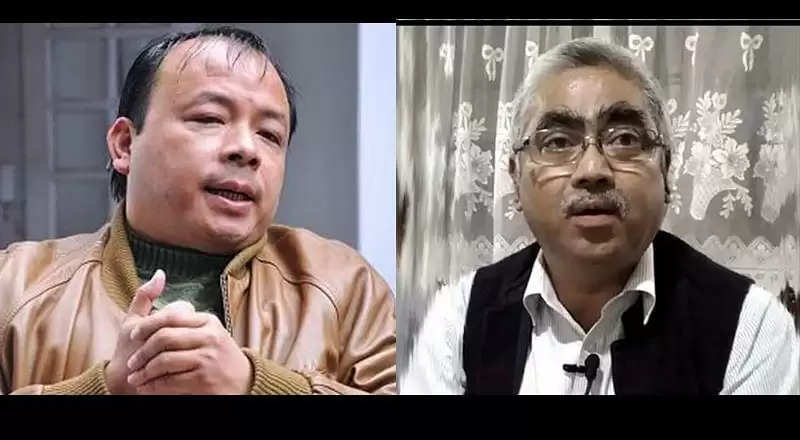 SHILLONG, September 19, 2017: A day after Shillong West legislator, Paul Lyngdoh has accused his political opponent of hiring paid 'goondas" to hurl a petrol bomb at his house, Congress ticket aspirant from Shillong West, Mohindro Rapsang on Tuesday denied the allegations made against him.

The sitting UDP legislator from Shillong West had openly blamed Rapsang for hurling the petrol bomb at his house.

Terming the allegation as 'unfortunate', he said that he would like to win the elections by getting the support of the people of the constituency and not threat and intimidation.

"The allegations that I have used the paid 'goondas' to carry out the job is totally baseless," the Congress ticket aspirant from Shillong West said.

Rapsang also strongly condemned the attack on the residence of the sitting legislator.

The Congress ticket aspirant however said that he is consulting his lawyers if he should file a defamation case against Lyngdoh.

It may be mentioned that Rapsang had also lodged an FIR against miscreants who vandalized the CCTV of the office of the Congress party at Mawprem on Sunday.