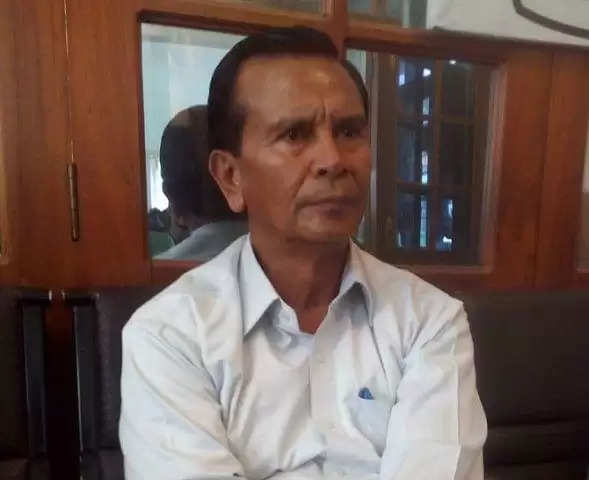 This development has come after Pynshgain N Syiem decided to resign from the post of the CEM, hours before the emergent session to discuss on the no-confidence motion against the present Executive Committee (EC) in the Council.

It may be mentioned that Shylla, who is the NPP MDC from Nongkrem constituency, had earlier held the post of the CEM during the term of the Council between 2004 to 2009. The former KHADC CEM was first elected as an MDC in 1984.

While talking to reporters after he was unanimously nominated as the consensus candidate of the KHDA, Shylla said that the issue of Them Iew Mawlong will be in the priority list of the next Executive Committee to be formed in the Council.

He further said that the previous EC has also failed to look into the building regulation of the Council even after the State Government had expressed that the MUDA building bye-laws should not implemented in areas falling under the Council.

"The previous EC did not follow up the issue despite this ruling of the State Government. We will try to see that the building regulation of the Council comes into force within two to three weeks time," he said.

Furthermore, he stated that the new Executive Committee will also try to ensure that the Village Administration Bill becomes a reality.

Shylla said that the committee on VAB headed by former Deputy CEM, Teilinia Thangkhiew will remain even though the new EC will have to notify the committee again.

According to Shylla, the administration of justice will also top the agenda of the new EC.  "There are many pending cases in the District Council courts. To expedite the clearing of the pending cases, it is important to strengthen the subordinate court of the Council," the former CEM said.

He also stressed on the need to expedite the exercise to prepare the utilization certificates which needs to be submitted to the Central Government. "There are many new schemes which the Council is expected to receive from the Centre," Shylla added.

When asked about Syiem's decision to resign hours before the emergent session, he said that this clearly shows that the CEM cannot justify the various decisions which he had taken adding that the issues raised by the MDCs against his style of functioning has proved to be true.
"We might withdraw the no-confidence motion if we are satisfied with his reply. But his decision to resign before the session only shows that his focus now is on the Ranikor bye-election. This shows that he has no responsibility on the job to lead the KHADC," Shylla added.