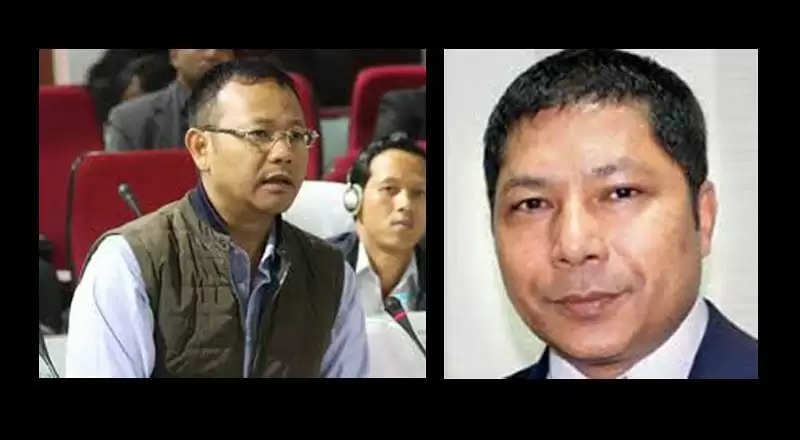 "Why should one think of contesting from two separate constituencies if one has really worked for the overall development of his constituency? But the empty rhetoric has backfired on the Chief Minister since now he is unsure whether he is still going to retain Ampati which he had represented for the past so many years," Sangma said here on Monday.

He said that the failure on the part of Dr Mukul Sangma to deliver as per the expectations of his people has force him to look at the second option of contesting from Songsak constituency to ensure a comeback.

"Being at the helms of affairs, Dr Mukul Sangma should not have any kind of problem of winning the upcoming election. But sadly, he (Dr Mukul) has made a name for himself of being a man who is known to make false promises" the NPP spokesperson said.

He further said that electorates are not ignorant and are fully aware about the developments which are taking place adding that they keep track whatever promises which was made in the past.

"People cannot be fool over and over again. I am sure that the people of Garo Hills will give a befitting reply in the upcoming Assembly election to the empty rhetoric's of the Chief Minister," Sangma said.

It may be mentioned that in recent past, there are indications that Chief Minister is likely to contest from both Ampati and Songsak, which is currently represented by NPP legislator Nihim D Shira in the upcoming 2018 Assembly polls.

So far, the chief minister has not confirmed to the report that he is contesting from two separate constituencies. However, the sudden shift of focus of Chief Minister by launching many new programmes in Songsak in the past few weeks tells otherwise.

According to sources, the Chief Minister was found camping in Songsak for nearly two weeks even as he has visited in many places in Songsak.

When media persons had asked if he is also contesting from Songsak, Chief Minister replied by saying that the media is free to report if they witness any interesting political development in Songsak.