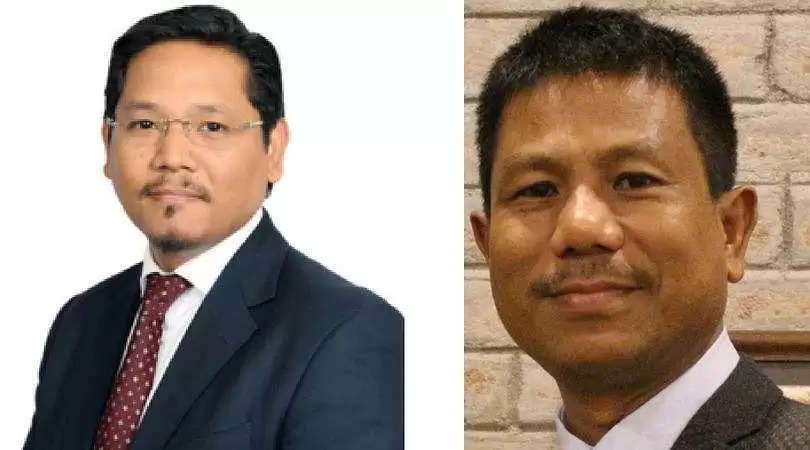 As campaigning for the South Tura by-poll continues and with the constituency all set to go to poll on August 23, Former South Tura MLA and independent candidate for the poll battle, John Leslee K Sangma yesterday accused the chief minister, Conrad Sangma and his brother of violating the Model Code of Conduct (MCC) for continuing to campaign beyond permissible hours.

In a letter to the Returning Officer (RO), Sabrella B Marak, Leslee pointed to the violation taking place in the Balading locality in Tura as well as the use of loud speakers beyond the time frame permitted by the Supreme Court.

The NPP had earlier complained against Leslee on allegation that he had called late PA Sangma a convert to Hindu as well as campaigning beyond permissible hours. The charges were denied by the former South Tura MLA.

"The NPP candidate (Conrad K Sangma) and his brother, home minister, James K Sangma came to a meeting at Balading at 9:40 (which was scheduled to start at 8:30 pm) and continued the meeting till 11 pm in violation of the MCC as per sources," said Leslee in his complaint.

The former MLA also pointed to the use of loud speakers beyond the time frame allowed by the SC.

"Besides, Conrad – who holds the position of CM and James (home) misused their position to influence voters by visiting the site where funds were earlier sanctioned for construction of a road by promising them assurance of more funds. The permission was only given for a meeting and they thereby misused their permission," he added.

Leslee considered the action as deliberate and willful (both on not respecting MCC and violation of SC guidelines) while also adding that the same was not healthy.

"Their action shows they are not bound by any law and are above it and I would thereby like you to look into the matter and take necessary action against them as per the law," added Leslee.