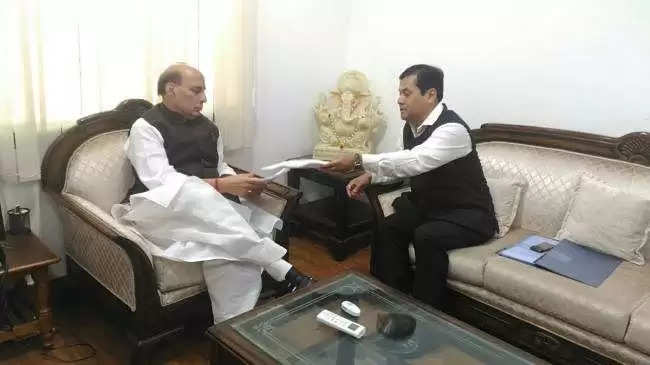 They said that the chief minister apprised the Union minister for road transport, highways and shipping about the state's initiative to expand Guwahati city for establishing a state capital region (SCR) and also proposed construction of a ring road for improving connectivity within the state capital region area.

According to the Assam chief minister, the ring road would ease the problem of traffic congestion in Guwahati city and also ensure speedy development of the city's outskirts. The ring road would also add to the beauty of the SCR area and would prove to be a vital asset.

Sonowal during a meet also invited Gadkari to Majuli on 29 December to inaugurate the Rs 237 crore project, for protecting the island from erosion, the release said adding, the Union minister accepted the invitation.

The released added that the issue of construction of express highways on both sides of the Brahmaputra river also came up for discussion in the meeting.