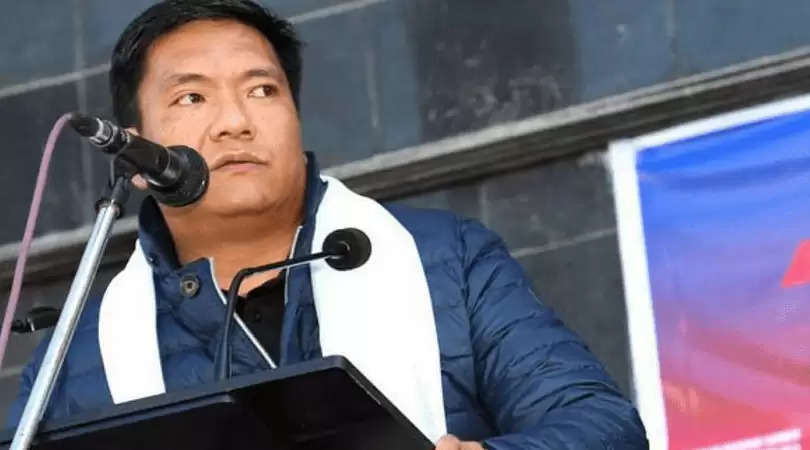 ITANAGAR, August, 1, 2018: Chief Minister of Arunachal Pradesh, Pema Khandu said that state government will extend full support for the functioning and development of state's first medical college- Tomo Riba Institute of Health and Medical Sciences (TRIHMS), which is scheduled to start its academic session from Wednesday.

On Tuesday, chairing the third meeting of the governing council of the TRIHMS Society, Khandu said providing quality, affordable and timely healthcare facilities to the people was of topmost priority for the state government and the upcoming medical college and hospital was a significant initiative towards fulfilling this commitment.

He assured all support from the state government but requested the members to adhere to all procedural guidelines and keep no loopholes for hurdles to surface in the future.

Reviewing the requirements of TRIHMS, both infrastructure-wise and financial, the chief minister said there would be no shortfall of genuine demands provided funds granted are utilised judiciously and all processes are strictly according to laid-down norms.

Khandu, by virtue of being the chairman of the governing council, in consultation with all the members sought clear-cut norms and guidelines for revision of salary, perks and appointment orders of faculties, besides giving a go-ahead to increasing the intake of MBBS students from 50 to 100 and increasing the number of beds in the teaching hospital from 300 to 500.

The governing council was of the view that the institute should have its own full-fledged trauma centre and cancer centre in view of accident proneness and high percentage of cancer patients in the state respectively.

The authorities were advised to work on the proposal for consideration of the Union health ministry as well as the state government.

Various issues like expansion of the institute campus, extension at Pachin Colony, recruitment of non-teaching staff, acquisition of private properties located on the campus, regulation of private pharmacies in the hospital, appointment of staff nurse and outsourcing of security apparatus were discussed in the meeting.

Institute director Dr Moji Jini had said an induction ceremony for the first batch of MBBS students would be held on Wednesday at the institute in the presence of the chief minister, deputy chief minister and health minister as well as members of the Medical Council of India (MCI), including its president Dr Jayshree Mehta.