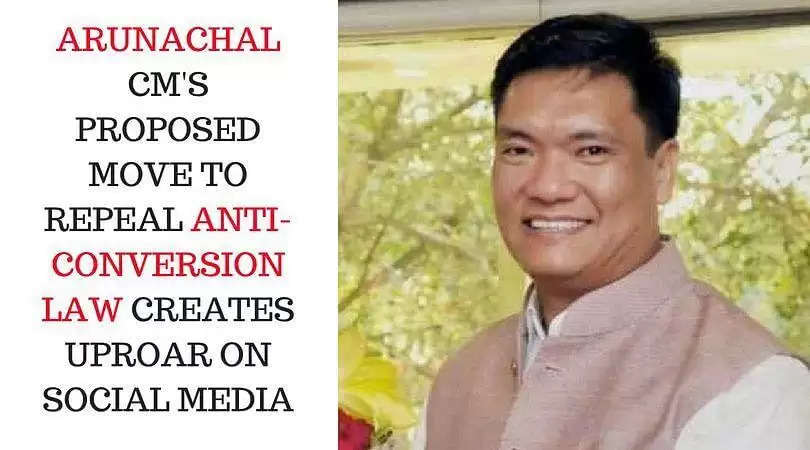 The proposed move of the Pema-Khandu led BJP government in Arunachal Pradesh to repeal the Arunachal Pradesh Freedom of Religion Act or the Anti-Conversion Law which was passed in 1978, has created an uproar on social media with people terming this move as 'shocking' and 'unexpected'.

Chief Minister Pema Khandu on Thursday had said the law could undermine secularism and was probably targeted towards Christians. He assured that it would be brought before next Assembly session for its repeal "as it could be misused in future by irresponsible officials".

"Any misuse of the law leading to torture of people could trigger largescale violence in the state and break Arunachal into pieces," the CM said.

Khandu  said this while addressing Prem Milan, a function organised by the Arunachal Pradesh Catholic Association at a church in Banderdewa, Itanagar on Thursday.

When contacted, many BJP leaders from the Northeast refused to comment on the matter.

Over the past few decades, Arunachal saw a steady spurt in conversion, primarily from the indigenous faiths to Christianity. According to the census of 2011, 30.26 per cent of the frontier state's 13 lakh population are Christians. This is up from 18.7 per cent in 2001. The state had no Christians in 1951.

The drop of 4.5 per cent in the population of followers of indigenous faiths was a cause of concern for their adherents. According to the census of 1981, Arunachal had 51.6 per cent followers of Donyi-Polo and other local faiths. The rate of conversion started gathering pace in the 1990s.