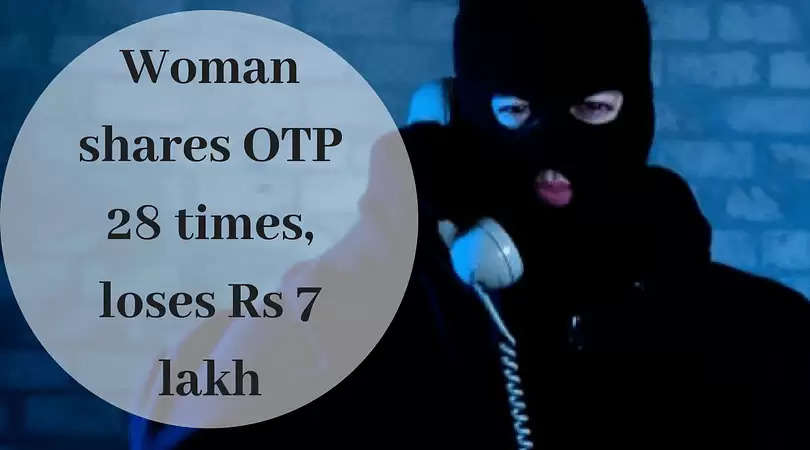 A 40-year-old woman hailing from Nerul in Navi Mumbai was cheated of nearly Rs 7 lakh after she shared her one-time passwords 28 times over one week with a fraudster who called up, masquerading as a bank official. The woman, Tasneem Mujjakkar Modak, has told the police that the concept of online banking is completely.

Modak had a credit of Rs 7.20 lakh in her account with a nationalised bank. On May 17, Modak received a call from the "banker" who told her that her debit card had been blocked for some "technical reasons". "He asked for her card details to unblock her debit card," said inspector (crime) B N Auti.

The police said that Modak provided all details sought by the caller. This includes the 16-digit debit card number, name as printed on the card and even the 3-digit 'CVV' number which is supposed to be kept confidential.

Over a week, Modak unwittingly shared 28 OTPs with the caller who swindled her of Rs 6,98,973." The woman lodged a complaint at Nerul police station on May 29 where an FIR has been registeredr. The police said the transactions were carried out in Mumbai, Noida, Gurugram, Kolkata and Bengaluru.
The caller used three mobile SIM cards to contact Modak.
Featured image: Representation