Nearly a ‘ghost town’ as Cyclone Fani smacks Odisha, one of the biggest storm with 180 km/hr winds 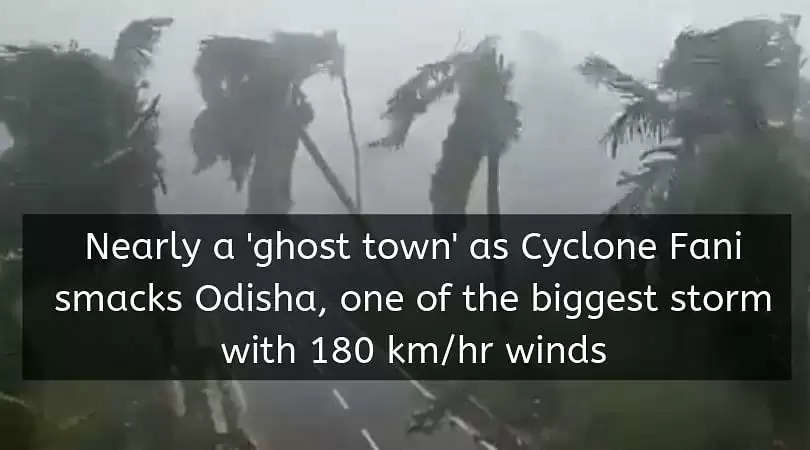 On Friday, one of the biggest storms 'Cyclone Fani' slammed into India, uprooting the trees, damaging houses and blowing away food stands and cutting off power and water.

The monster weather system, which threatened to bring a dangerous storm surge that could flood low-lying areas, was packing winds of up to 180 kilometres an hour as it ripped into the country's east coast.

Forecasters say the areas could see gusts of up to 200 kilometres per hour, equivalent in strength to a Category 3 to 4 hurricane.