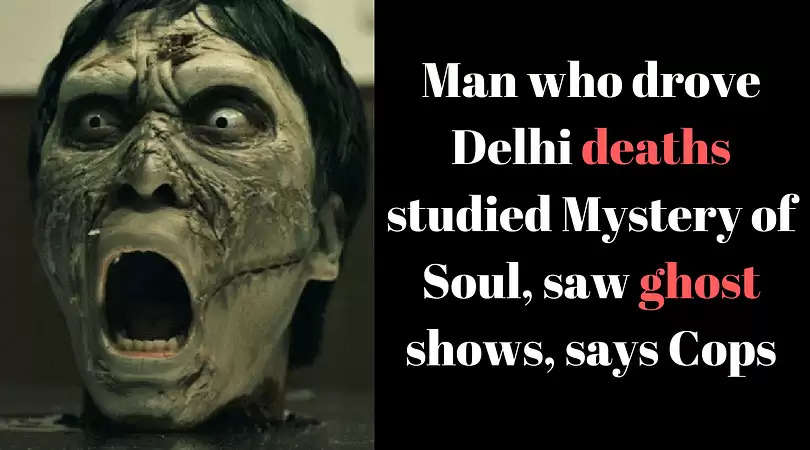 The family that was found hanging in their north Delhi house on June 30 began preparations at least 10 days before its alleged "mass suicide", police said. As per a video footage obtained from a premises opposite the family house, the family bought goods used in rituals, five tables and bandage from shops close to their Burari home.

The Crime Branch officials on Wednesday visited the house in Sant Nagar and conducted another search.

Police said Crime Branch investigators believe that one of the dead couples — Lalit Bhatia and his wife Tina — tied the hands and legs of other family members before all of the them hung themselves from an iron grill on a ceiling of a corridor during a ritual prayer.

"In another video clipping, Bhavnesh's wife Savita and Tina were seen purchasing five stools at 10 p.m. on June 30. After some time, their teenage children Dhruv and Shivam were seen carrying electric wire, which was used in hanging by some of the family members.

"The line of investigation is focused on the role of Lalit and his wife," Deputy Commissioner of Police Joy N Tirkey said.

"The Crime Branch, which is examining the CCTV footage of the last two months, has found couple involved in suspicious activities. The couple was seen carrying goods used in ritual prayers from June 23 to 30. In one of the footage of June 27, Lalit was seen carrying a polybag containing items connected to Vastu Shastra," a senior police officer connected to the probe said on the condition of anonymity.

"Lalit daily recalled the previous day's chores and listed activities in his registers and made lists of things on which he had instructed other family members to follow. He used to research on death and mysteries of soul. As per his mobile phone details, he often watched paranormal and ghost shows on 'You Tube' and other Internet platforms," he added.

"It was found in investigation that generally the family used to send one of their servants to purchase household goods," the officer said.

"An employee at a nearby restaurant said he delivered 20 loaves as ordered by Lalit Bhatia on July 30 night. The food packet was received by Lalit Bhatia who took money from his brother Bhavnesh to pay up," the officer added.

"Lalit Bhatia was last seen entering the house on the night of the incident. He was seen walking in the street with family pet dog which was chained in a room on the second floor during the ritual prayer. Their neighbour said that the family generally unleashed the dog during night hours and the pet was seen barking loudly on the fateful night," he said.

"Like his late father Gopaldass, who was in the Indian Army, Lalit gave all family members training in discipline, code of conduct, rehearsals of dos and don'ts during ritual practices. As per an entry in one of the registers seized from the house, he also instructed family members often to stand to position like soldiers after morning prayers for increasing mental strength," the officer added.

The police officer said visera reports were expected within 10 to 15 days, which will tell if the family's food was laced with sedatives before their deaths.

"We will take help of psychology and paranormal experts as prima facie we suspect it to be a case of shared psychotic disorder," he said.

Septuagenarian Narayani Devi and her 10 family members were found hanging in their house on Sunday when a neighbour went to check on them.