Hours after Mamata Banerjee skipped a review meeting with PM Modi, Chief Secretary Alapan Bandyopadhyay was ordered to report to the Department of Personnel and Training, North Block, New Delhi. 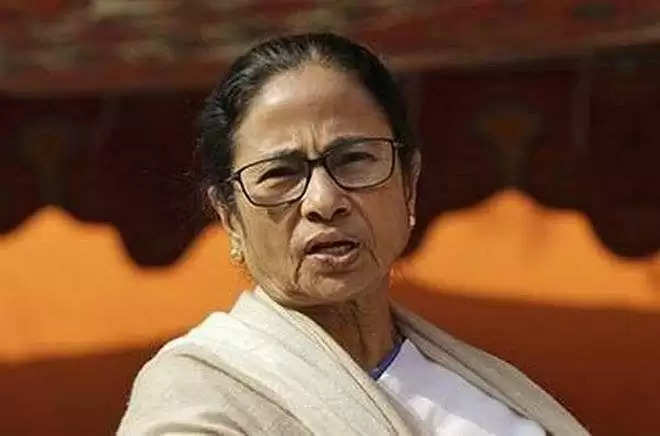 West Bengal Chief Minister Mamata Banerjee, on Monday, refused to release Chief Secretary Alapan Bandyopadhyay for Central duty, asserting that he is required for managing the COVID-19 crisis in the state.

In a letter to PM Modi, Chief Minister Mamata Banerjee said, "The government of Bengal cannot release, and is not releasing, its Chief Secretary at this critical hour, on the basis of our understanding that the earlier order of extension, issued after lawful consultation in accordance with applicable laws, remains operational and valid."

Mamata further said she was "shocked and stunned" by the "unilateral order" asking Bengal Chief Secretary Alapan Bandyopadhyay to report to the Centre.

Hours after Mamata Banerjee skipped a review meeting with PM Modi, Chief Secretary Alapan Bandyopadhyay was ordered to report to the Department of Personnel and Training, North Block, New Delhi by 10 am on Monday.

However, the Chief Minister made it clear in the letter that he will stay and continue to manage her state's COVID crisis.

Bandyopadhyay, a 1987-batch IAS officer of the West Bengal cadre, was scheduled to retire on May 31 after completion of 60 years of age. However, he was granted a three-month extension following a nod from the Centre to work on COVID management.

In a communique to the state government, the Personnel Ministry on Friday said the Appointments Committee of the Cabinet had approved the placement of the services of Bandyopadhyay with the Government of India as per provisions of the Indian Administrative Service (cadre) Rules, 1954, "with immediate effect".

Chief Minister Mamata Banerjee had on Saturday called the Centre's decision to recall Bandyopadhyay as "unconstitutional" and "illegal" and appealed to the Union government to withdraw its order.