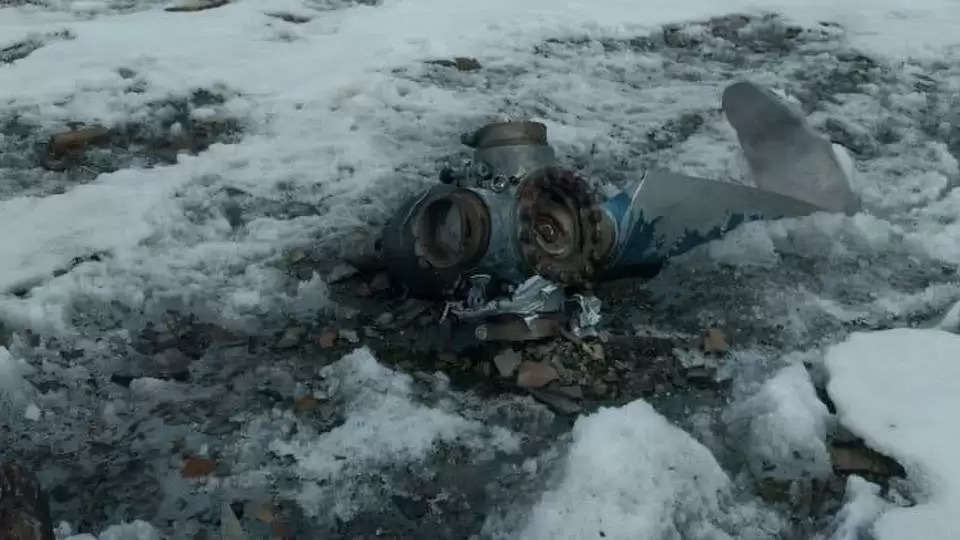 A team of mountaineers stumbled upon a frozen body of a soldier and parts of the wreckage of an IAF plane which crashed in Himachal Pradesh's Spiti Valley 50 years ago, the leader of the team said on Saturday.

The IAF's AN-12 aircraft, built by the erstwhile Soviet Union, had gone missing on February 7, 1968, after the pilot had decided to retreat while on way to Leh from Chandigarh because of inclement weather, according to reports.

The plane was reportedly over Rohtang Pass when it made its last radio contact.

The team of mountaineers which made this startling discovery was on a garbage clean-up expedition to Chandrabhaga – 13 peak from July 1 to 15, Rajiv Rawat who led the expedition team told PTI over phone from Uttarkashi.

"We were somewhat taken aback to come upon something we had not expected when we found the remains of the wrecked aircraft as well as the decayed body of a soldier at Dhaka Glacier located at an altitude of around 18,000 ft above sea level," Rawat said.

"First we stumbled upon parts of the wrecked aircraft which was followed by the discovery of the frozen body of a soldier lying with its head down. The hand and hair were almost intact despite fifty years of the crash," he said.

Rawat said the discovery was made on July 11 but the army authorities were informed about it only after the team reached the first road head on its way back on July 15.

"We did not touch anything, but took pictures and made a video and forwarded them to the army authorities," he said.

When asked what made them conclude that the wreckage was that of the IAF plane which crashed in February 1968 and the body was that of a soldier, the mountaineer said they had read about the crash in the area while preparing for the expedition.

It was confirmed that the body belonged to a soldier after we saw a bag which is used by soldiers to carry magazines, he said.

"However, what we found was like a bolt from the blue as fifty long years had elapsed since the crash and discovering its remains was the furthest from our mind," he said.

Throwing light on possible factors behind the discovery, Rawat said less snowfall in the higher altitudes may be a reason why things buried long under snow were coming to the surface, he said.

He said parts of the wreckage and the bodies must be spread over an area of 2- 2.5 kilometer.

The clean-up expedition was organised jointly by the Indian Mountaineering Foundation and the ONGC to collect garbage left in high altitudes by tourists and climbers, he said.