Class V student pregnant after being raped by principal, teacher for 1 month 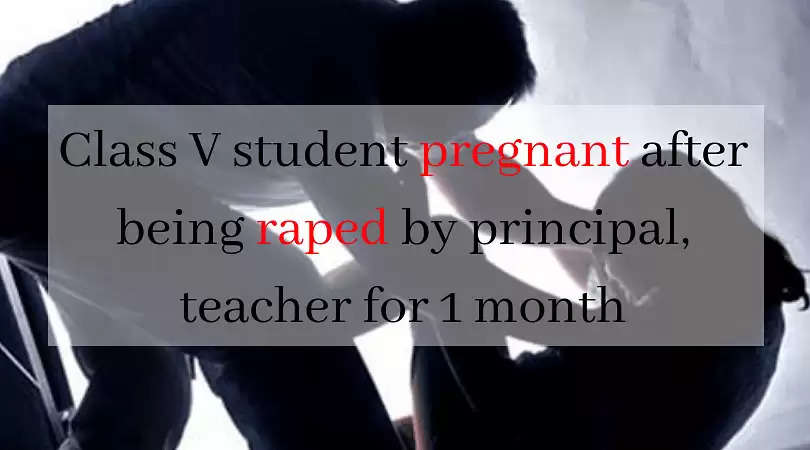 The police have arrested two people — the principal and a teacher of a Patna private school — for raping a Class 5 student repeatedly over the last one month.

The incident came to light when the victim complained to her parents of abdominal pain. Following this, the girl was taken for a medical check-up where it was confirmed that she had been pregnant for three weeks.

Police said that the victim was asked by the accused teacher to visit the principal's chamber on the pretext of evaluating her answer sheets. She was raped by both of them in that room.

The police have also disclosed that the principal had made a secret bedroom inside his chamber in the school, where he used to rape the girl.
When the accused duo raped the girl for the first time, they filmed the act and later blackmailed her.

Initial investigations by the police revealed that the principal and the teacher had threatened to make the rape video go viral on social media if she raised the issue with her parents.

"We have arrested the principal and [a] teacher of the school who is the main accused in this case. We have scanned their mobile phones and found pictures of the victim girl. We will get the medical examination of the girl done on Thursday", said Qaiser Alam, SHO of Phulwarisharif police station.

The police have said that a speedy trial will be done in the case to provide justice
to the girl and her family.