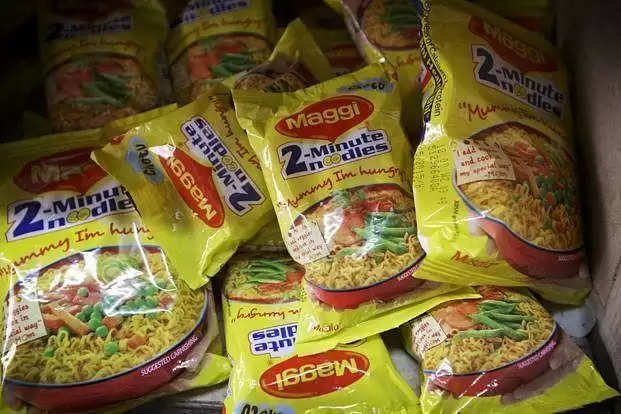 Nine children of a family in Chhatarpur were hospitalised after they fell severely ill.

As per the family, the children consumed instant noodles purchased from a nearby store before falling ill.

Owing to their deteriorating health condition, the nine people were referred to Gwalior Medical College for further treatment.

"The children purchased eight packets of Maggi noodles costing Rs 5 each. After they ate, they started behaving very strangely. We took them to a local government hospital in Chhatarpur, where the doctors told us to wait outside due to the absence of doctors. Soon after, we were referred to Gwalior Medical College," Ram Kishan, the father of the children, told ANI.

He further claimed that the grandmother of the children also consumed the noodles and fell ill, but later regained consciousness.

However, Nestle India, the company producing the instant noodles, refuted the family member's allegations and said the product in question was not a Nestle India brand.

"We are sad to hear about the illness caused to the family members and wish them a speedy recovery. We strongly disagree with the allegations made against us, we have investigated the matter and can confirm that the product in question is not a Nestle India brand," a Nestle India spokesperson said.

Meanwhile, a doctor at the hospital claimed that few of the children admitted have complained of disorientation.

"The consumption of the noodles had affected even the memory of two or three children. The children are feeling highly disorientated and there are possible chances of deterioration of their mental condition," he said.