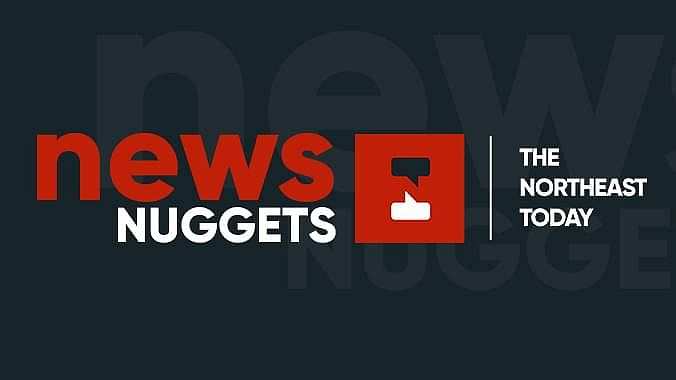 Meghalaya Chief Secretary, M.S. Rao has written to the Union Secretary, Ministry of Power, Alok Kumar stating that an in-principle approval has been made regarding the structural changes in the distribution company.

The final report of the investigation into the deaths of 18 wild elephants in Nagaon forest division on May 13 stated that a “strong negative lightning flash with a peak current of 39,000 amperes” had struck the herd and caused the fatalities.

Leader of opposition Dr Mukul Sangma paid a visit to the Maternity and Child Hospital at Umran Niangbyrnai and Civil Hospital, Nongpoh to find out facts on the preparation of the state government in fighting against COVID-19.

Chief Minister Conrad K Sangma said that though the recoveries have increased, and the number of positive cases has come down in the state, people should be vigilant in their fight against COVID.

Manipur Chief Minister Biren Singh pushed for the imposition of President’s rule in West Bengal, alleging a threat to democracy in the state.

Chief Minister Conrad Sangma said that a proper investigation should be conducted on the charges of rape against NPP MLA Thomas A. Sangma, and hinted that conclusions must not be arrived at prematurely till the police complete the investigation.

Seven legislators from Jaintia Hills have unanimously opposed the proposal to hand over the operation of Jaintia Hills Distribution Circle of the Meghalaya Energy Corporation Limited to private companies even as they maintained that the MeECL needs to be streamlined to make it more efficient.

A fake doctor identified as Dr Stephen Antony 37 was arrested from the Mokalbari tea estate in Dibrugarh.

9. Meghalaya: Five held in connection with Sutnga coal mine tragedy

Home Minister Lahkmen Rymbui informed that police have picked up five people in regard to the coal mining mishap that happened at Sutnga in East Jaintia Hills (EJH) district recently, and an FIR has been filed against the people involved in the incident.

The Jaintia Students' Union (JSU) has opposed the government move to hand over power generating stations to private entities, terming the proposal as a way towards privatisation of the MeECL.