The twin blast occurred when Afghans were trying to enter the American-controlled facility, where the US-led evacuation effort was taking place, the Pentagon said. 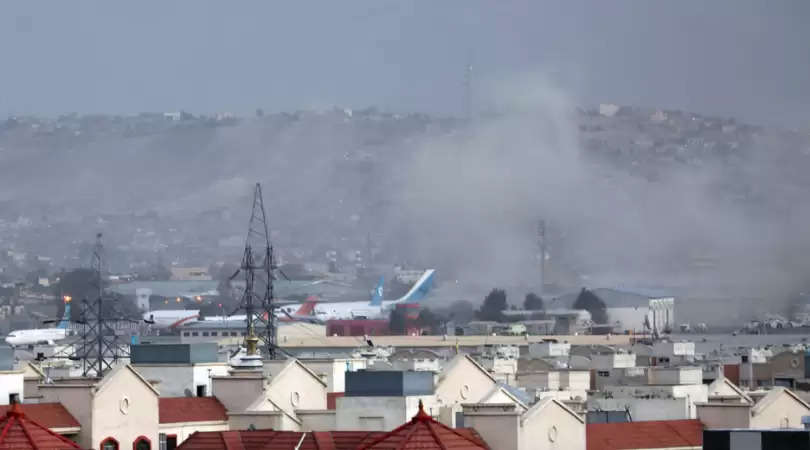 The twin suicide bombings at Hamid Karzai airport in Kabul on Thursday killed at least 90 people, including 13 American soldiers, and left more than 150 injured. The Islamic State (IS) affiliated terrorist group, ISIS-Khorasan, has claimed responsibility for the attacks.

The twin blast occurred when Afghans were trying to enter the American-controlled facility, where the US-led evacuation effort was taking place, the Pentagon said.

According to officials, a suicide bomb attack at the Hamid Karzai International Airport’s Abbey Gate was followed by an assault by gunmen. Soon after another bomb blast took place at a nearby hotel outside the airport.

Following the explosion outside the airport, the US Embassy in Kabul has issued an alert asking its citizens to avoid travelling to the airport and avoid airport gates. The French envoy, too, warned its citizens to leave the area urgently.

Reacting strongly to the blasts, world leaders condemned the attack calling for a united effort from all nations against terrorism and all those who provide sanctuaries to terrorists.

French President Emmanuel Macron said that the situation in Kabul has seriously deteriorated and his country is coordinating with US allies to evacuate the maximum number of people. NATO chief Jens Stoltenberg has also condemned the attack and vowed to continue evacuations from Afghanistan.

British Prime Minister Boris Johnson said the United Kingdom will continue its evacuation operation from Kabul despite the attack.