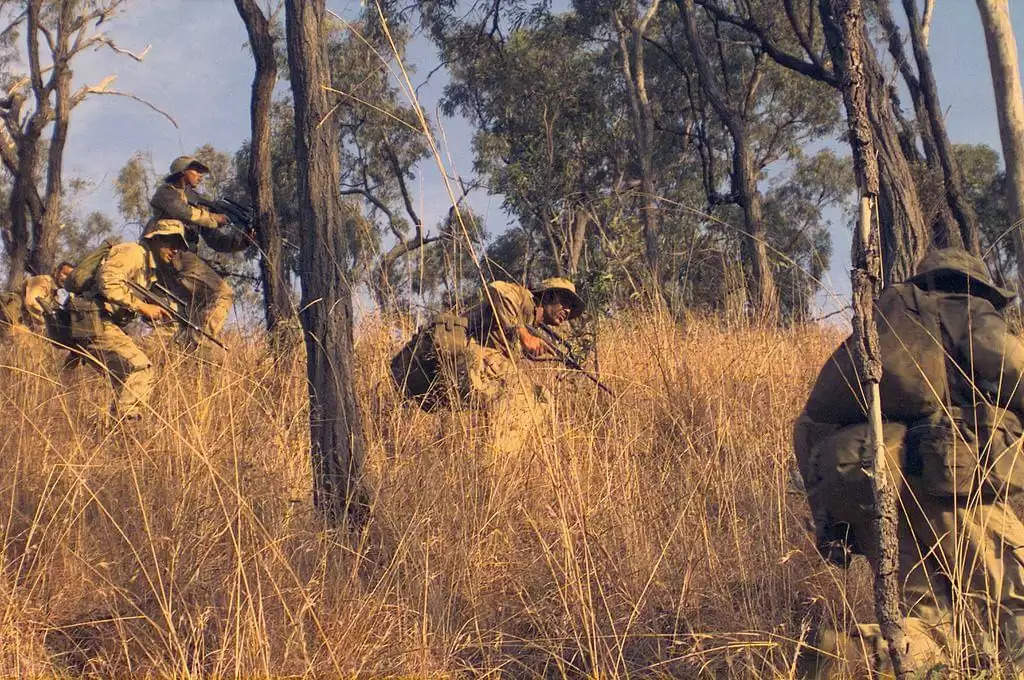 There is "credible information" that at least 19 serving and former Australian special forces allegedly committed up to 39 unlawful murders during the conflict in Afghanistan, according to a long-awaited military report into war crimes released on Thursday.

Australia launched the inquiry in 2016, amid reports from whistle-blowers and in the local media of the alleged killing of unarmed men and children in Afghanistan.

The four-year inquiry by New South Wales (NSW) Court Of Appeal Justice Paul Brereton found, there was "credible information" that 39 Afghans, were allegedly murdered by Australian special forces in 23 different incidents. There were also two incidents could be classified as the war crime of "cruel treatment", the report said.

According to the Australian media, the latest report has been based, on over 400 interviews with soldiers and officers from the Special Air Service (SAS), a special forces unit, and Commandos, Afghan villagers, special forces interpreters and support staff.

The inquiry found evidence some Australian troops in Afghanistan carried "throwdowns" such as weapons, radios and grenades not issued by the ADF but, planted next to the bodies of Afghan civilians to suggest they were a "legitimate target" in any post-incident investigations.

"This practice probably originated for the less egregious though still dishonest purpose of avoiding scrutiny where a person who was legitimately engaged turned out not to be armed," Brereton said.

Issuing an apology to Afghanistan people while releasing the report in Canberra, Australia's Chief of Defence Force Angus Campbell said: "These findings allege the most serious breaches of military conduct and professional values. The killing, the unlawful killing, of civilians and prisoners is never acceptable.''

Campbell said the report discloses a "disgraceful and a profound betrayal of the Australian Defence Force's ADF professional standards and expectations".

"Today the Australian Defence Force is rightly held to account for allegations of grave misconduct by some members of our special forces community on operations in Afghanistan," he said.

The public summary of the inquiry, released on Thursday morning, based partly on evidence given by eyewitnesses interviewed under oath, also found that Australian soldiers summarily executed non-combatants and prisoners.

Brereton wrote, "when what the inquiry has found is taken collectively, the answer to the question, 'Is there substance to rumours of war crimes by elements of the Special Operations Task group' must sadly be, 'Yes, there is'."

Brereton, who was appointed by the Inspector-General of defence in 2016 to investigate the allegations of war crimes in Afghanistan between 2003 and 2016, found commanders higher up the chain should bear a "moral command responsibility" for a culture that allowed the alleged crimes to take place.

Campbell said it was termed a "warrior culture" which had a "misplaced focus on prestige, status and power.

"The report notes that the distorted culture was embraced and amplified by some experienced, charismatic and influential non-commissioned officers and their proteges who sought to fuse military excellence with ego, elitism and entitlement," he said.

"Cutting corners, ignoring and bending rules was normalised. What also emerged was a toxic, competitiveness between the Special Air Service Regiment and the Second Commando Regiment, destructive of trust, cohesion and mission, and a disgrace to both," he said. (PTI)