Read this firsthand account of the 1897 Great Earthquake in Shillong! 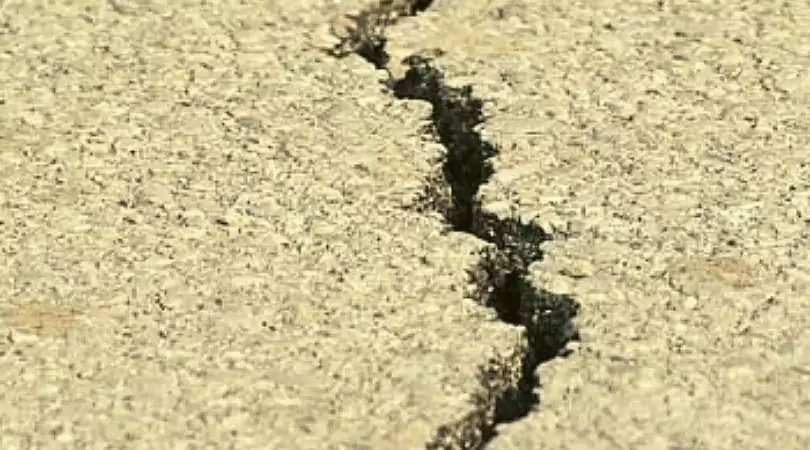 SHILLONG: The 1897 earthquake in Shillong always comes to mind whenever we discuss earthquakes. Most of us don’t even know if an earthquake of the same magnitude would ever hit the city again, as the destruction would be far worse than what Shillong had experienced back in 1897.

Pictures and tall tales are but left to describe the feeling of fear, anxiety and horror on that day in 1897 in Shillong and the aftermath of the major jolt.

But through the efforts of Vintage Assam - a website owned by Avinebesh Sharma, one can get a fair idea of what happened on that fateful day after reading this vintage letter by Mrs. May Sweet, who was the wife of a British official named Williamson Sweet.

In a letter to her sister, Mrs. Sweet gives an eyewitness account of one of the most powerful earthquakes in recorded human history that took place on Saturday, June 12, 1897, in the northern ridge of the Shillong Plateau.

With an estimated magnitude of 8.3, its aftershocks were reported as far as Peshawar in the west. Although the mortality rate was not that high (put at 1,542), the tea gardens in Assam and Cachar sustained significant damage.

Besides Shillong, Guwahati, Goalpara and Dhubri, damage extended into Kolkata.

This happened during Sir Henry Cotton’s (mentioned in the letter as Mr. Cotton) tenure as the Chief Commissioner of Assam.

Here is the original letter:

The Great Earthquake: Mrs. May Sweet to Her Sister Mrs. Godfrey

I write to you as you know Shillong so well it will be easier to tell you about it all. It is wonderful that I am alive to write about it at all or anyone else. If it had happened in the night, a few hours later, hardly anyone would have been left alive, it was all so horribly sudden. At 5.30 on Saturday last, the 12th June was as usual, and 30 seconds afterwards was completely in ruins. I was riding on the Gauhati Road with Mr. Monaghan and suddenly we heard a queer rumbling sound and then trees swayed every way. Luckily by instinct we both turned sharply to the left and galloped up the hill as far as we could and find a place. We had crossed the bridge, which would have gone down under us. I can't possibly describe the sensation as it was so totally different from anything I had ever experienced. I did not know whether I was on my horse or not or on the land or in the air. I could do nothing as the ground was all in a whirl. I know I looked once at Mr. M. and he was as pale as death. We neither of us thought of an earthquake, we thought it was a landslip on the Gauhati Road. Of course, when we got up to the mission we saw something of the terrible ruin, the poor missionaries, they were all on the road with their houses flat on the ground and old Miss Jones in a dying state. We stopped to make her as comfortable as possible and then rode on towards the station (she died a day or two afterward). We could not go by the ordinary way until we got to the ground as it was all burst open-and there were continued shocks the whole time. It was terrible riding home. Until we got to the bazaar I never realized what must have happened in the [hill] Station.

Everybody we passed looked dazed or almost wild, looking for others and their children – I felt dreadful too, though I knew Jack was out with the Ayah and a friend and his son. And then I've come up here to see my house, "Yogedan" was on the ground, literally there is not a stone left standing on another in the whole Station, one or two kutcha houses are half standing but unsafe. Poor Mr McCabe, we heard how he was buried when riding home but could not believe it. Mr Rossenrode and a little child was carried away when the lake burst. Oh, to see the desolation of the place now and the lakes, the whole of the water emptied out in a few seconds. To make matters worse and it turned cruel-we had a pelting wet night. I believe some people had an awful time-could get nothing to eat and got soaked at night. I was very lucky I heard that Government house had one of the tents up so I went up there and asked the Cottons to take me in. They were very kind so I got the kiddies and we stayed there 2 nights. Also Mrs. Arbuthnot's children and Nurse. Mrs Campbell, Mrs Horn, Mrs Hawthorne, Duncan, Nightingale and Burkes. We had an awful squash. Very wet and hardly anything to eat (though we did not feel inclined for it). We all sat up all night and rushed out for our lives at every shock. It was an awful experience and I never want to go through anything like it again. Luckily Jack kept well all through and I have been able to get milk for him. I don't know what we should have done without Mrs Horne. That first night and day she was splendid, fed us all and provided blankets and her house, being Kutcha,was not quite down. She could get something out otherwise we should have starved. Mr and Mrs Cotton quite lost their heads, poor things. I fancy they have never roughed it in their lives before- It is dreadful, we have had continuous shocks ever since and yesterday (Saturday at 5.30 we had another very bad one which would have been quite enough to bring down any building) – the natives predicted one a week after. We also had two very bad ones last night and hardly anyone has got undressed at night. I think a lot about the first. I did last night and had my dressing on ready to fly into the open- it is terrible living for over a week in a continual state of fear. Some peoples nerves have entirely gone-mine are bad enough and I am not surprised at anyone getting heart disease. Today we've had very few shocks and hope they are nearly over-but they are always worse at night. The only thing is, I and several others can't sleep and it is wonderful how one can keep up with so little. For a whole week I one night slept from 11.30 till 3.30 and early this morning for an hour. I was thin before but now am only skin and bone! However it is nearly over and I hope we all feel we might be only too thankful for our lives. The Kings and Mrs McCabe and Mrs Trotter are all with us in a little camp here. Up to last night Mrs McCabe, the Kiddies Ayah and I were in the Buggy shed which was leaning right over but it had not gone as it was built of wood, but is luxurious compared to others. A great many people are in the back sheds and have two or three sharing a mattress. Another awful thing was that the water supply ran out and there was a fear of Cholera breaking out. Dr Campbell quite thought one of my grass cutters had it. We send to the pologround for water. Potatoes too were scarce as everything was buried but they are being dug up by degree and they say that in a few weeks the road will be made for fresh ones to be brought up – of course everything was an awful price. The ponies are fed on 1 seer pack or turned out to grass. Pearl behaved beautifully all the time. The only way they kept their feet was that they galloped. I really am most comfortable now for have got bashas built and I suppose we'll have to live in them for months. Every day we dig a few more things out of the bungalow also it is very slow work. Still I have a good many things that are presentable after being cleaned. There were some very narrow escapes. The Cottons narrowly escaped being crushed. Mrs McCabe is still in my basha. She keeps up wonderfully- what an awful time for her. She wanted to go Mr. McCabes funeral but was not allowed – it would have been terrible. They could not get a coffin so he was buried only in a sheet and the grave was full of water. The men said they had never seen such a terrible funeral.

Mr. Gordon and Mr McClean (brother of Norman's ex-fiancee, Gauhati) in their escape were both having their bath and ran on the road absolutely naked, someone gave one a coat and the other some native cloth (there has just been another shock. I wonder when they will cease or if all our hair will be grey by then!). It was in an awful way as you can imagine as to whether Dibrugarh had gone or not. I could not hear for days and not a wire as all communication was destroyed. Thank goodness it is alright-tho' Willie says they had a severe earthquake. He could not stand alone but no damage was done in Dibru itself. It's plenty round about Cherra, it seems to have been worse than this. Whole sides of mountains have absolutely disappeared. Mr. Cotton has telegraphed Willie to come up. I'm afraid everything you had here has now gone completely and that lovely sideboard in Gauhati – and in getting to write to you he is afraid there is no chance of the piano being dug out whole. I don't know when they will talk of building things up again. Everyone will live for months at least in bashas. Till then I shall manage to keep cheerful somehow and I shall not mind anything else as long as Jack keeps well. Goodbye, I never thought that first night I should see any of you again. I think everyone expected the ground to open and swallow us all. Willie spent Sunday the 26th at Shillong going back to work on Monday walking 10 miles a day.