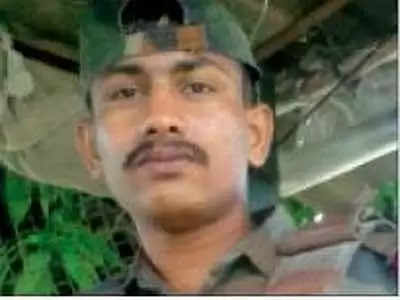 The Pakistan army  announced that it would return the Indian soldier who had inadvertently strayed across the border last year as a 'gesture of goodwill'.  The soldier has been identified as Chandu Babulal Chavan who was posted with 37 Rashtriya Rifles battalion who had crossed over to the other side of the border on September 29, hours after the surgical strikes by Indian forces on terror launch pads across LoC. The Army maintains that Chavan's battalion was not part of the surgical strikes and the 22-year-old crossed over from the LoC in Mendhar sector after he had an argument with his superior at the post.

Chavan, 22, hails from Borvihir village in Dhule district that falls under Bhamre's Lok Sabha constituency. Minister of State for Defence Subhash Bhamre had said in November last year, "He hails from my constituency. We are in constant touch with his family. Talks are on at the level of the Director General of Military Operations, and also through the Ministry of External Affairs and diplomatic channels. One positive thing is that they have accepted that Chandu Chavan is with them. They will have to send back Chavan some day… the question is when." He added, "The neighbour is hostile. We are sure that Chavan will be back when the situation comes back to normal. The efforts are on at all levels."

Beyond the established norms for individuals crossing the LoC, the two countries are also bound by Geneva Conventions on dealing with enemy soldiers in their custody.