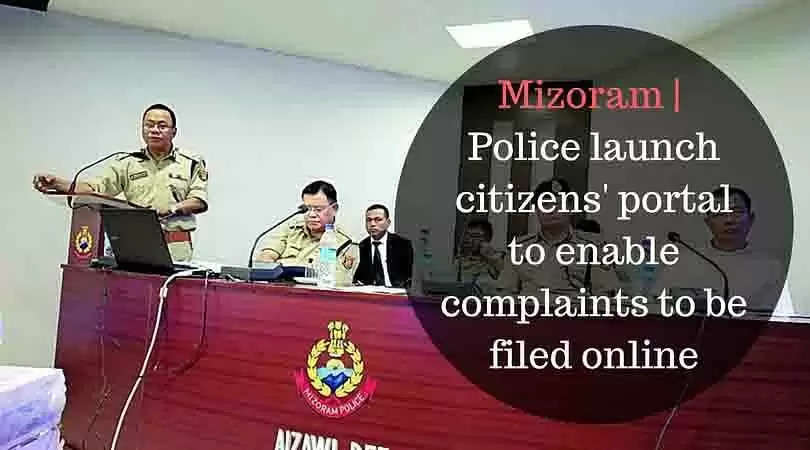 The system integrates all the 39 police stations and 52 higher offices across the state.

The project also aims at networking all the existing 39 police stations and 52 higher offices in the state and provide connectivity to all 15,268 police stations across the country, he added.

The police officer said the project would facilitate lodging online complaints by people living within the jurisdiction of the four police stations without going to police stations in person.

The project was one of the stepping stones for maintaining law and order within the state and will enable the police department to effectively police every citizen to create a peaceful environment, he said.

Zosangliana, superintendent of police, CID (crime) and deputy nodal officer of CCTNS, said the project was one of the mission mode projects under the National e-governance Plan (NeGP).

The idea was conceived in 2009 and was implemented in 2010 and covered 39 police stations and 52 higher offices integrated through networking system, he said.

The citizens' portal will be monitored 24×7 by data operators to cater to citizens under the jurisdiction of four police stations, he said, adding that it will also be shortly launched in Lunglei district and other districts as well.

He said the project is dependent on a robust network infrastructure but because of the terrain and weather condition of the state, they have faced difficulties in providing reliable connectivity for the project.

The CCTNS project includes a tool called core application software (CAS) which allows police stations to go paperless and subsequently cross over to digital policing at their respective stations.

Through the software, all records entered in police stations are synced with the state data centre where they are centrally stored, enabling easy and quick access to records from across the state and one location.

The data stored at the state centre is further synced and backed up at the National Data Centre which enables countrywide access to crime and criminal records and helps in quick identification of criminals, crime activities and linking of cases across the country.

Any citizen can access the portal on www.cctns.mizoram.gov.in/citizen to utilise the services such as employee verification, character certificate request, domestic help request, submission of complaint and search FIRs.