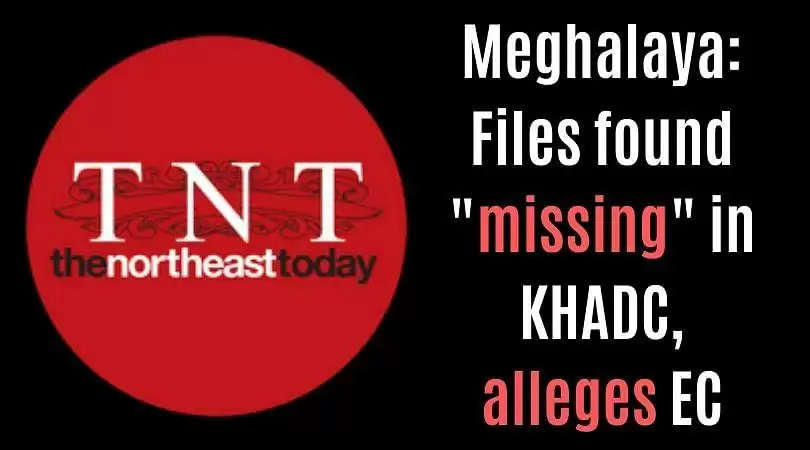 "It is really shocking that there are hundred of files which were missing from the trade department," KHADC Chief Executive Member (CEM), Latiplang Kharkongor told reporters on Monday.

The KHADC CEM also informed that he has directed the concerned officials to immediately submit a report on the matter to find out the causes that led the files to go missing.

KHADC chairman, PN Syiem however said that the missing of the files is a very serious matter.

"We will wait for the report from the officials before deciding to either institute an inquiry or file a first information report (FIR)," Syiem said.

Kharkongor also alleged that the previous had hurriedly withdrew a total amount of Rs 10 crore to release funds for projects relating to Council's assets in the name of mobilization fees.

According to the KHADC chairman, the funds were with withdrew just after the collapse of the UDA-led EC on November 20.

Syiem further questioned how the EC pay running for the works which had just commenced. "It is really surprising that the previous was really in a hurry to withdrew the funds. This clearly reflect how the previous EC was desperate to be in power," he added.

The KHADC chairman said that the council is still seeking a report on the withdrawal of Rs 10 crore for implementation of various projects of the council's assets. "If the situation demands, we will also institute an inquiry into this matter," he stated.