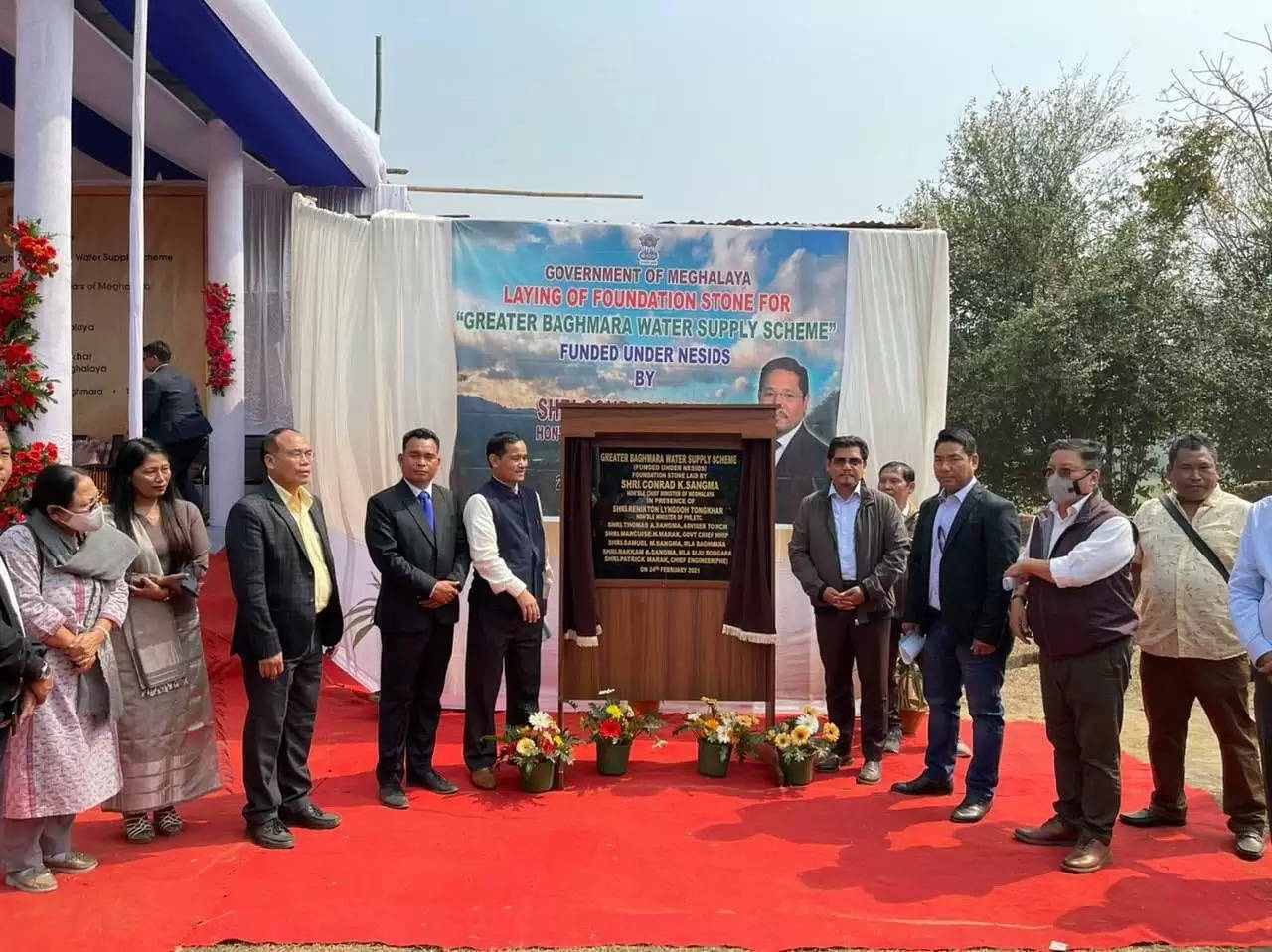 The Rs 63.50 crore project is a Central and State-sponsored project, for which the DoNER Ministry has funded Rs 47.54 crore, and the Meghalaya Government has contributed Rs 15.96 crore.

Expressing his happiness, Chief Minister Conrad Sangma said that the project will prove useful in providing potable drinking water to the citizens of Baghmara and other villages in South Garo Hills.

“There has been a sense of neglect for such districts like South Garo Hills for many years and therefore, it has been the aim of the MDA (Meghalaya Democratic Alliance) Government to ensure that we make up for all the development work that these districts have been deprived of for years,” Sangma said.

The project is said to provide adequate water supply to Baghmara town and 16 villages, covering an ultimate population of 63335, and 2340 households.

Meanwhile, the Chief Minister also inaugurated the 5th Baghmara Challenge, Inter-Club Basketball Tournament at the Baghmara Sports Complex and, also attended the Audiovisual Exhibition on the 'Road to 50' curated by the Northeast India AV Archive.

The Programmes are being organised as part of the year-long celebration of 50 years of Meghalaya's Statehood.

Speaking on the occasion, Sangma said, “We must remember the sacrifices made by our leaders because of which we are blessed with the State of Meghalaya. Younger generations tend to forget the contributions made by such leaders. We must remind ourselves of their contribution to inspire us to take on what they have started and continue it for our State”.

North Tura MLA Thomas A Sangma remembered the first Chief Minister of Meghalaya, Captain Williamson Sangma, who is from Baghmara, terming him as “The architect of Meghalaya."

Siju- Rongara MLA, Rakkam A Sangma also expressed his happiness over the celebration program being implemented to commemorate 50 years of Meghalaya’s Statehood.