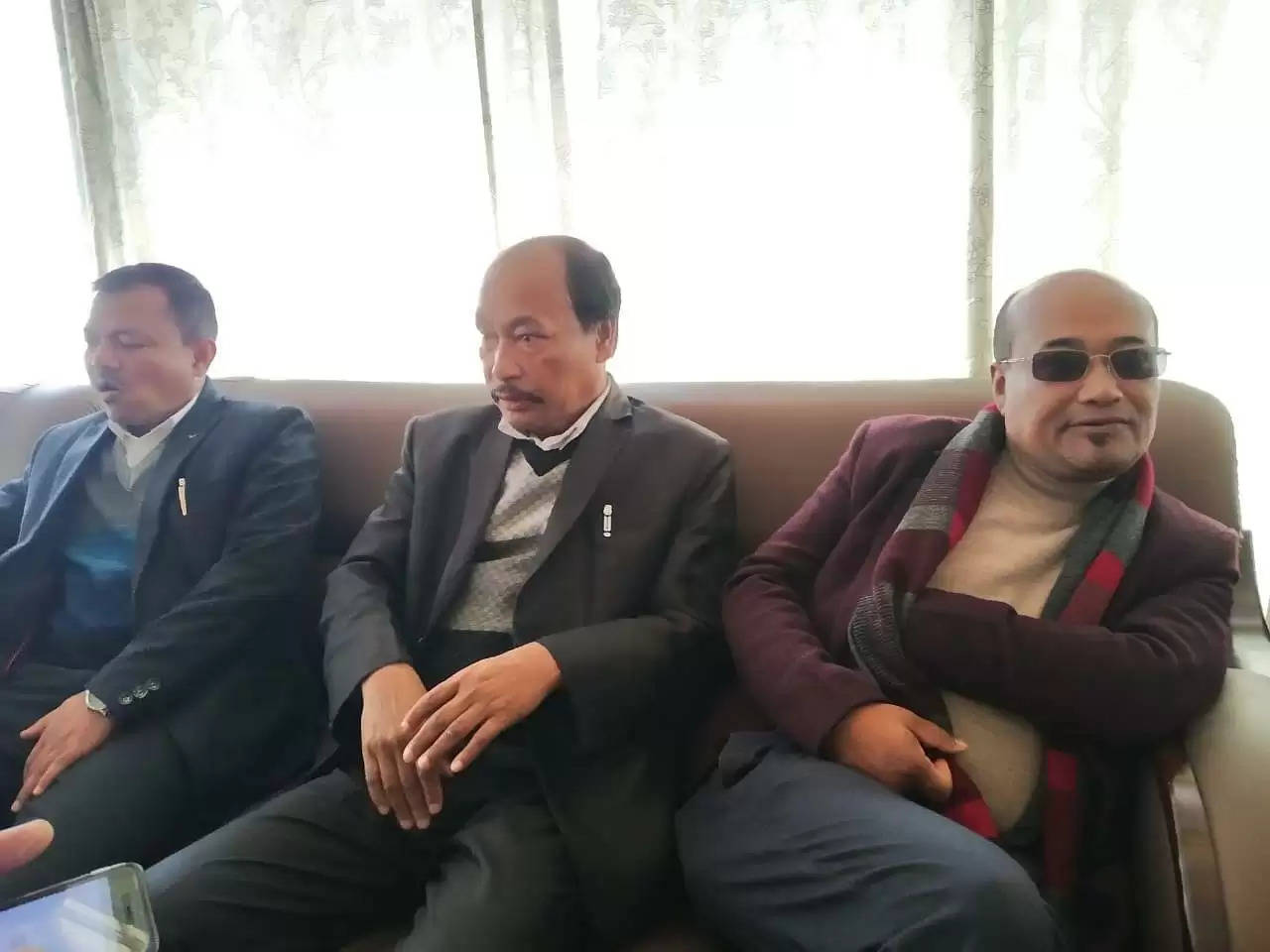 The MDCs of the United Democratic Alliance (UDA) in the Khasi Hills Autonomous District Council (KHADC) today met Chief Minister, Conrad K Sangma to impress upon him the need to request the Governor designate, R.N. Ravi to convene a special session for the trial strength.

"We have got the majority with the support of the 16 MDCs to form the new Executive Committee in the KHADC. We would like to request the Governor through the State Government to convene the special session for the trial of strength," former KHADC CEM and leader of the UDA, Teinwell Dkhar told reporters after meeting Chief Minister at his official residence today.

He further said that there is a need to install a new Executive Committee at the earliest for the overall interest of the Council.

Former Deputy CEM and member of the UDA, Pyniaid Sing Syiem recalled that they had dislodged PN Syiem and install HS Shylla as the CEM with the support of 16 MDCs in the House of 29 in 2018.

"We are looking at a similar situation this time round," Syiem said.

It may be recalled that the NPP led Meghalaya Democratic Alliance (MDA) had maintained that they will prefer the imposition of Administrator's Rule (AR) in the Khasi Hills Autonomous District Council (KHADC) even after the United Democratic Alliance or UDA has regained majority in the Council.

"Our stand is very clear that AR should be imposed in the KHADC whatever may be the case. We know there is change in the political equation in the Council. But the Government cannot tolerate the irresponsibility of the MDCs by changing sides from one group to another just to suit their political interest," Deputy Chief Minister, Prestone Tynsong had stated.

According to him, the decision to impose AR was taken in the best interest of the Council.

"The Governor should take over the administration of the Council till such time when the Government feels that the situation is back to normal," Deputy Chief Minister had stated.

At present, in the House of 29, the United Democratic Alliance has the support of 16 MDCs with the recent joining of independent MDC from Nongshken constituency, Grace Mary Kharpuri and Congress MDC from Mairang-Nongkhlaw, Batskhem Ryntathiang to the alliance.

The strength of United Democratic Front (UDF) had been reduced to 12 minus the chairman of the Council. It may be mentioned that this is the second time that the State Government recommended for imposition of Administrator Rule's in the KHADC.