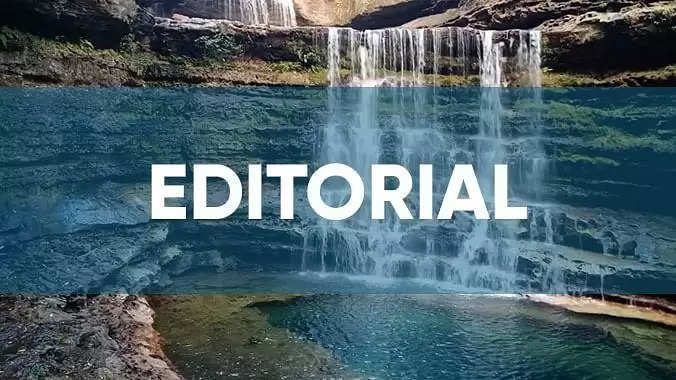 After months of closure thanks to the ongoing COVID-19 pandemic, Meghalaya is finally “ready” to reopen its doors to tourists on December 21.

Of course, the state government has also emphasised on strict adherence to the health protocols laid down.

Talking about reopening Meghalaya tourism to the world, let’s not skip one of the most prominent aspects when it comes to ensuring that revenue generation vis-à-vis security is being monitored.

This is where the much-awaited entry-exit point at Umling in Ri Bhoi district will see the light of day on Dec 21, the same day tourism opens up.

If we talk about tourism and security (regarding the prevention of influx), there have been talks about the role of this facilitation centre at Umling where many have voiced their concerns over the possible and undue harassment being meted out to people coming from outside the state.

This concern was, however, rubbished by Deputy Chief Minister Prestone Tynsong, who recently maintained that the whole procedure involving tourists registering at the counters is for their safety and well-being.

Given the COVID-19 pandemic, the facilitation centre (entry-exit point) at Umling will serve as a double-edged sword that will not only counter the spread of coronavirus but also check illegal entry into the state.

The setting up of the entry-exit point in Ri Bhoi is a culmination of years of nerve-racking discussions and brainstorming. It is an outcome of the Meghalaya Residents’ Safety and Security Act (MRSSA), 2016, passed during the tenure of the Congress government.

Back then in 2014-15, the then government pacified the pressure groups, which at that time, were aggressively protesting over the demand of the implementation of the Inner Line Permit (ILP) in the state to curb influx, by bringing in an alternative in the form of the MRSSA.

The concerns raised over the demand for ILP back then was based on a perception that tourism would be affected, which, then, the state couldn’t afford especially given the fact that the main revenue generator - coal mining was banned by the National Green Tribunal (NGT) in 2014.

The point raised by a section of people is debatable as many had expressed that tourism has nothing to do with ILP and vice-versa. However, that would not be entirely accurate. ILP will, to some extent, serve as a deterrent for tourists to visit the state since many of them would consider the process as “annoying” and “troubling”.

But having said that, it is essential to note that though the footfall of tourists in the state of Meghalaya, in the past few years, has increased tremendously, we, however, forgot to monitor the kind of people visiting the state.

What good would it be for Meghalaya’s economy if a tourist comes to the state in his vehicle with his refreshment and spends just Rs 10 or Rs 20 as entry fee at any tourism destination like Ward’s Lake in Shillong?

They sure contribute to the increasing number of tourists but nothing to the state’s exchequer except, maybe a complimentary note from them.

We see many tourist destinations in the state like the cleanest village of Mawlynnong being transformed from a serene locale to a commercial village with total disregard to environment and most particularly, the pride of Meghalaya – the Living Root Bridge, an indigenous ingenuity.

The failure of the village management and the tourism department to monitor the footfall in this place would, in no time, reduce these bridges (at Nongriat and Mawlynnong) to mere showpieces that once connect one village to another. Let’s hope we don’t see that day coming.

Back to the main topic of reopening tourism, what needs to be considered is not just the kind of tourists we cater to or the kind of mechanisms we roll out to curb influx but, also the protection and preservation of these beautiful, unique and enchanting locations nestled in the rolling hills of Meghalaya.