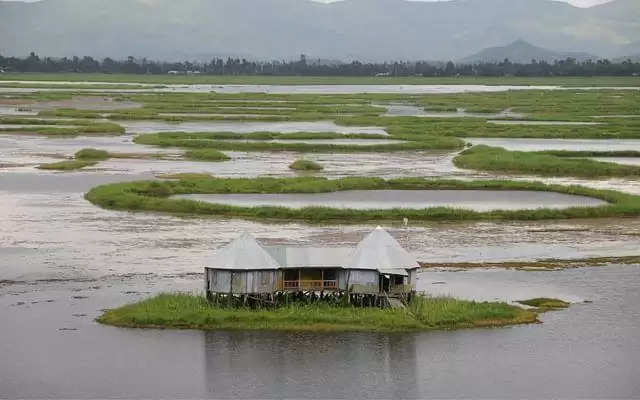 IMPHAL: The Governor of Manipur Dr Najma Heptulla today sought cooperation of the Japanese government to clean the Loktak Lake during a meeting with the Ambassador of Japan Kenji Hiramatsu.

According to a press release of the Governor's Secretariat, Raj Bhavan, Ambassador Kenji Hiramatsu called on the Governor today.

It said the Governor availed the opportunity to discuss with him variety of issues pertaining to the state.

The Governor, it said, sought the cooperation to clean Loktak Lake using Japanese technology, developing eco-friendly tourism, commercial cultivation of orchids, developing cherry blossom gardens in the state and to increase sports and cultural exchanges between Japan and Manipur.

The Governor also underlined that the Prime Minister's Look East Policy and his recent visit to Tokyo has strengthened ties between the two countries and people to people contact which will further cement the relations between India and Japan.

The Ambassador of Japan assured the Governor to explore possibilities to extend support to clean up the Loktak Lake and also mentioned that Japan is also looking forward to enhance cooperation with India specially with Manipur in various fields like education, sports, arts and culture.

He added that Japan can arrange to send trainers to Manipur for the training of sportspersons and sportspersons from the state can go to Japan to have training in various sports, it said adding that he further invited the Governor to visit Tokyo during the Cherry Blosson festival.