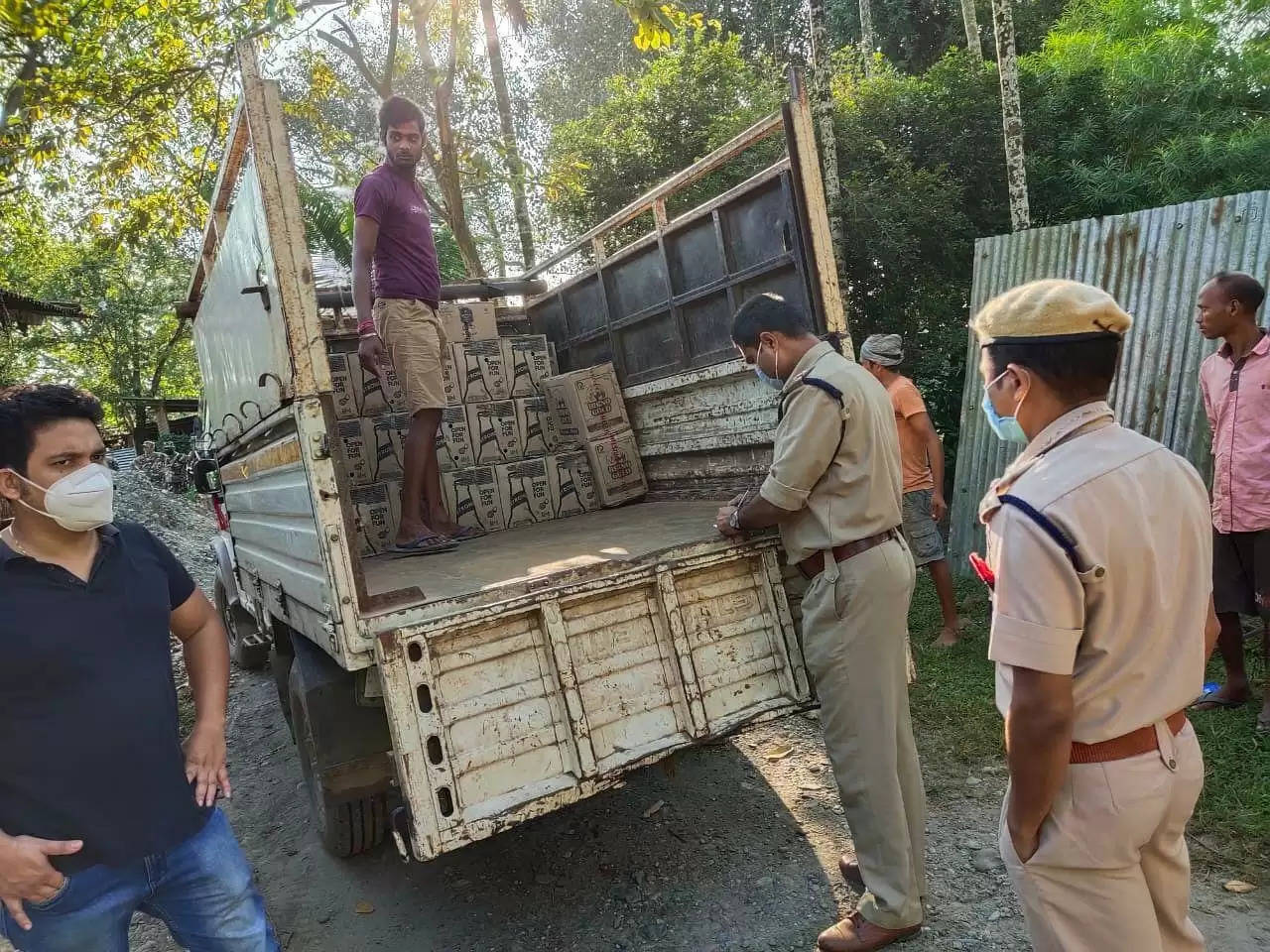 Officials of the Excise Intelligence Bureau, in yet another major operation within two days, busted two illegal liquor godowns near the Indo-Bhutan border in the Nagrijuli-Tamulpur area in western Assam’s Baksa district on Friday.

The joint operation was in collaboration with the jawans of the Sashastra Seema Bal (SSB) Rangiya Division.

Over 200 cartons of illicit India Made Foreign Liquor (IMFL), were seized during the operation.

Authorities believe that the liquor was for sale and distribution in the lower Assam districts of the state during this festive season.

Meanwhile, Assam excise minister Parimal Suklabaidya lauded the successful operation carried out by the officials of the EIB and jawans of the SSB Rangiya Division.

We may note that an EIB team had seized a large consignment of IMFL from a truck in the Tetelia area of Sonapur on Wednesday and arrested two individuals.

In another instance last Wednesday, a special excise team had detected an illegal bottling plant at 14th Mile near the Assam-Meghalaya border.