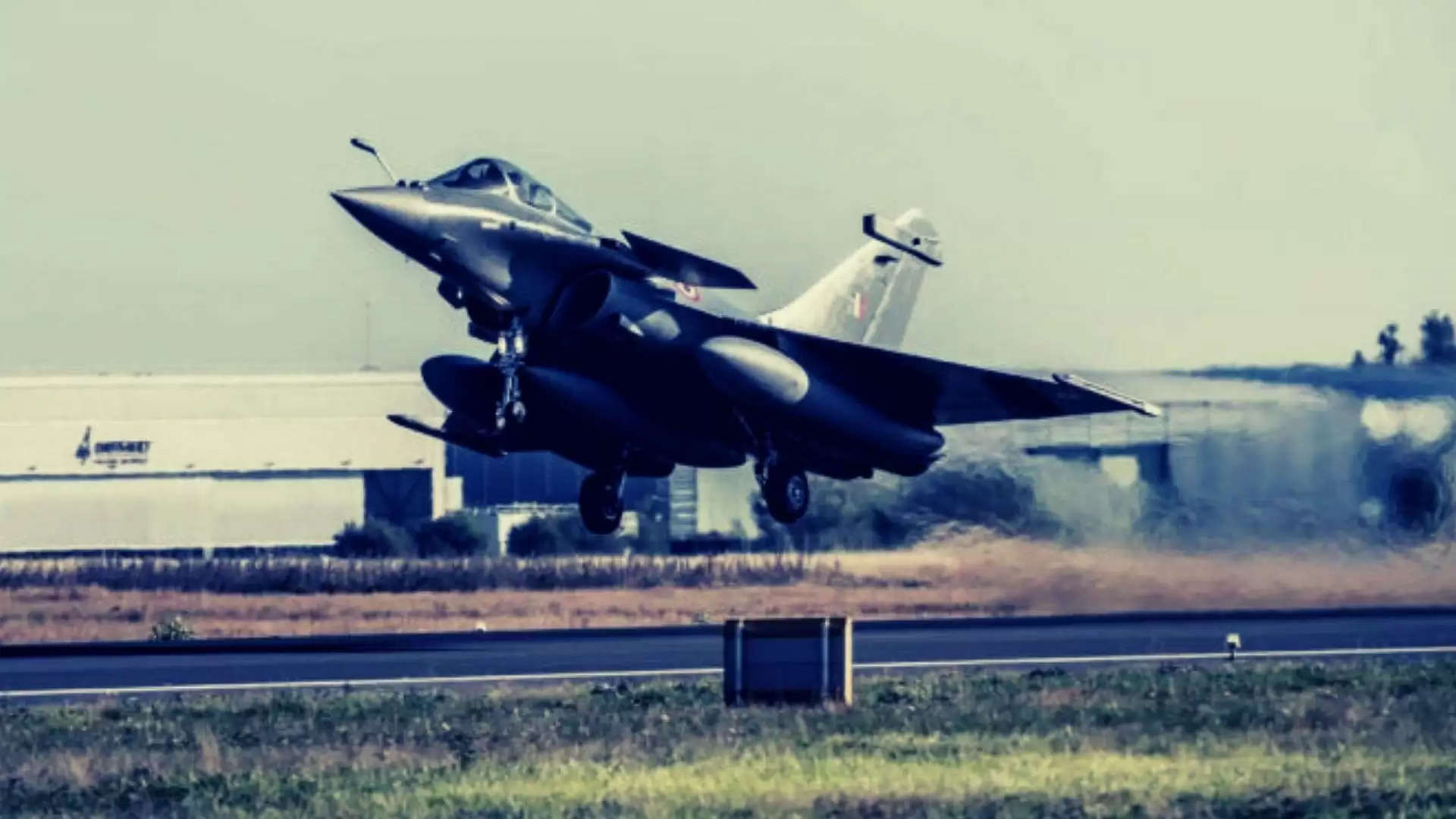 The induction of five Rafale jets into the Indian Air Force is a strong message to China over its belligerence in eastern Ladakh, saying national security is a major priority for India and it is determined to protect its territory.

Singh said induction of Rafale jets into the IAF is crucial considering the kind of atmosphere being created along India's border.

"It is a strong message for the entire world, especially those eyeing India's sovereignty," he said in an address at a ceremony here marking formal induction of the Rafale fleet.

Singh's stern message to the neighbouring country came hours ahead of an expected meeting between External Affairs Minister S Jaishankar and his Chinese counterpart Wang Yi on the margins of a Shanghai Cooperation Organisation (SCO) conclave in Moscow.

The much-anticipated talks are taking place against the backdrop of a massive spike in tension in eastern Ladakh triggered by fresh face-offs between the two armies along the Line of Actual Control (LAC).

The defence minister said India's responsibility is not limited to its territorial boundary and that it is committed to peace and security in Indo-Pacific and Indian Ocean, the two regions where China has been increasing its military assertiveness.

"This kind of induction is very important for the kind of atmosphere that has been created on our borders in recent times," the defence minister said in a clear reference to the escalating tensions in eastern Ladakh.

The defence minister also complimented the IAF for its "swift action" near the Line of Actual Control (LAC) during a "recent unfortunate incident".

He, however, did not elaborate on it.

"The speed at which IAF deployed assets on forwarding bases creates confidence," he said.

"While the prevailing situation on our border caught our attention, we should not ignore the threat of terrorism," he added.

Speaking on the occasion, Air Chief Marshal RKS Bhadauria said induction of Rafale jets could not have happened at a more opportune time considering the security scenario.

The Indian Army on Tuesday said Chinese troops attempted to close in on an Indian position near the southern bank of Pangong lake on the evening of September 7 and fired shots in the air.

The Army said this in a statement after the PLA late on Monday night alleged that Indian troops crossed the LAC and "outrageously fired" warning shots near the Pangong lake.

A meeting between Defence Minister Singh and his Chinese counterpart Gen. Wei Fenghe on the margins of another SCO meet in Moscow last Friday did not yield any tangible outcome.